Yesterday I needed to get a copy of a virtual machine onto my local workstation. As I’m now working from home, that was going to mean downloading a lot of data, but first I had to find the VM. I remembered I had exported this particular VM up into Azure at one stage to experiment with using different hardware specs to find out how that would affect performance.

Lucky for me, the VM was still there (though de-allocated to reduce costs). Usually you want to migrate a VM up into the cloud, but I needed to go the other way! So how do you get a copy of that VM? It turns out it isn’t that tricky:

I’ve been working from home for two weeks now. The first week I’d already planned in advance once the MVP Summit went virtual (so I’d be attending sessions online in the morning and then working the rest of the day). But by that first Wednesday the rest of my office had followed the same pattern. It was a bit sad, as I had a colleague leaving. Usually as an office we’d make a point of going out to lunch and enjoying our last day together, but social distancing had other plans.

I originally set up camp in our ‘middle’ room - which is pretty much where everyone moves through. While it is nice to be in the centre of all the action, it did mean others had to tip-toe around when I was on a conference call. So last weekend I decided maybe I’d be better moving down to our ‘end’ room. The TV and piano are there, but for daytime hours, I can sit down here uninterrupted. 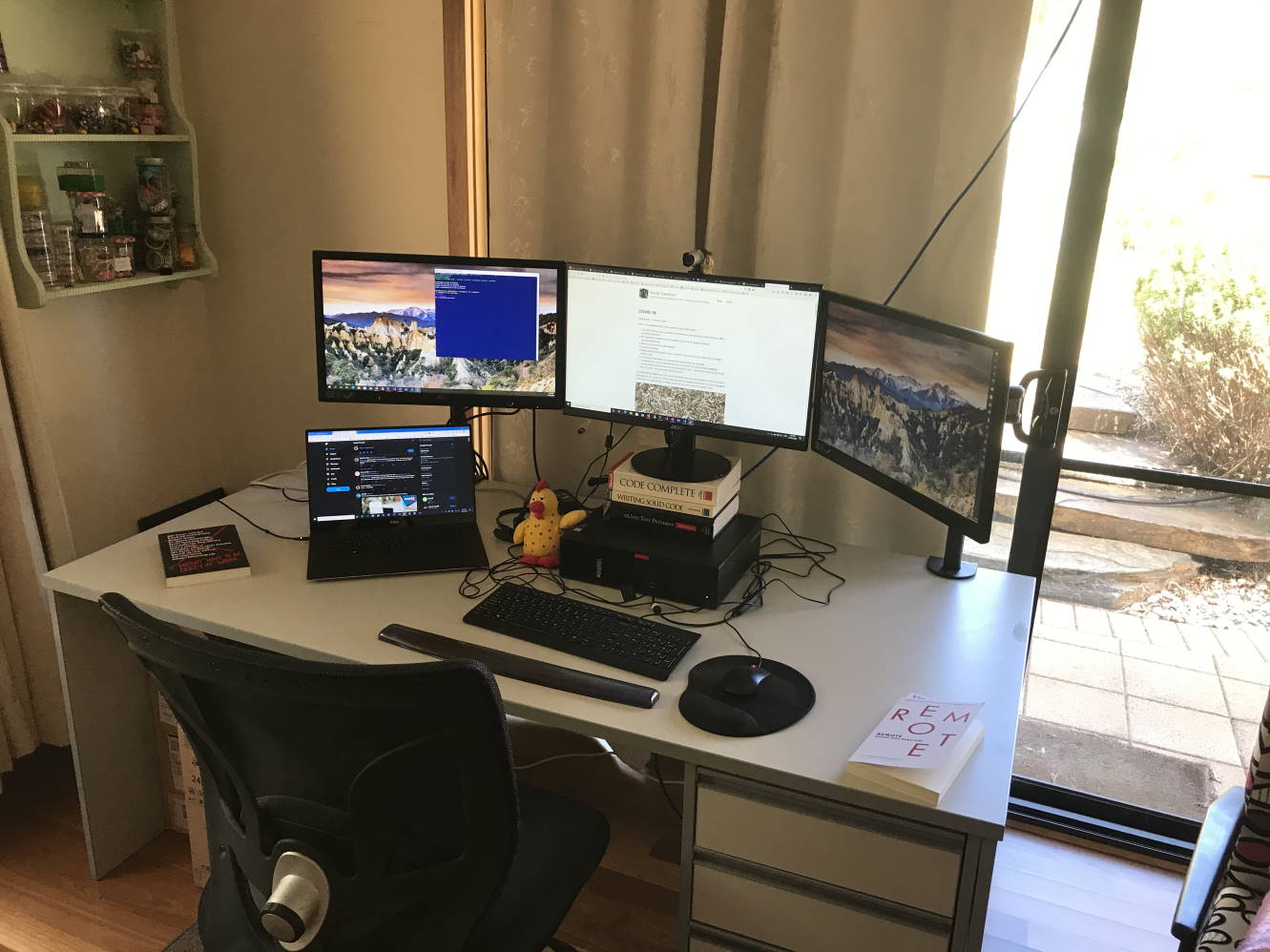 It’s quite a pleasant spot. I can look off to the side and see out to our garden and beyond. Last year I had been researching standing desks. I think if I end up working here long term, I might follow that up again.

Last weekend I brought home my 3 monitors + stands from the office. Sadly one of the monitors refused to start up when I got it home. The previous week I’d bought a new Acer 23” monitor, so for now I’ve got that in the middle, with the two remaining AOCs either side. It would have been fun to have 4 monitors. Maybe later.

I saw a tweet by Jason Fried offering to refund the purchase price of his book (co-authored with David Heinemeier Hanson), “Remote: Office Not Required”. I was inspired to purchase a hard copy of it, and while I was there I figured I’d grab “It doesn’t have to be crazy at work”.

I’ve had previous jobs where I worked from home for a day a week. This is the first time I’ve done it for any consecutive period.

The “Remote” book is quite an easy read. Each chapter is divided up into a number of 1-3 page bites. It’s certainly got me thinking about whether this is something I’d want to continue doing even after the current situation.

A point the authors make is it doesn’t have to be “all or nothing”. Working from home Monday to Thursday and heading in to the office on Friday could be an option. Why Friday? Well traditionally that’s our ‘team pizza lunch’ day :-)

The fact that my entire company is working from home potentially makes this more viable, as whether they like it or not, everyone is hopefully now learning now to be effective working from home. I’d like to think that learning will remain long after the pandemic has gone.

Wow, that escalated fast. In the space of just a few weeks:

To avoid being cooped up in the house the entire day, the last couple of mornings before starting work I’ve gone for a short walk around the neighbourhood with my other daughter. It emulates my walk to the bus stop. Hopefully we can make it a regular thing. 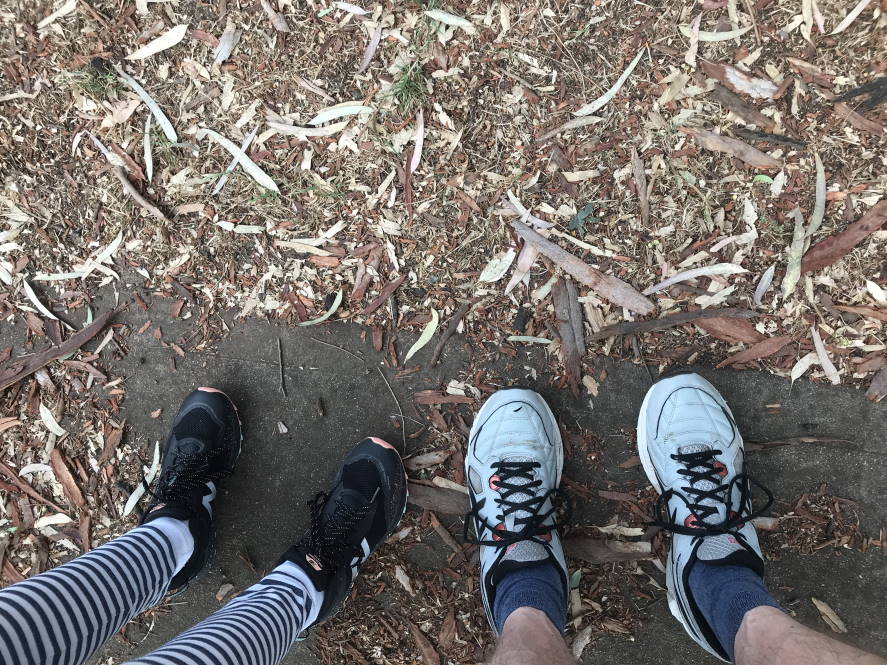 Apparently my legs are a bit longer than hers, so a short break on a seat in the park along the way is required :-)

This is going to be a very disruptive time. Things aren’t too bad (yet) where I live, but the stories from overseas are quite scary. Take care of yourselves and your loved ones.

January and February have come and gone, and March is now well underway. Autumn seems to have definitely hit Adelaide, though I wonder if there might still be some warmer weather around before Winter arrives? Time will tell.

Out of the ordinary

Also interesting to read about Microsoft asking their Redmond-based employees to work from home (if possible) for the rest of March.

The Adelaide .NET User Group is back for 2020. There’s been huge interest in next week’s meeting, which is great to see. I’m hoping to fill out the speaker schedule for the next few months. Do get in touch if you’d like to present to the group (and that can be in-person, or remote via Skype/Teams).

If I have one wish for the group, it’s that I could find someone(s) to share the organising with. It would be good to have some load balancing (or at least a fail-over cluster!) Related to that, we’ve actually launched the ADNUG 2020 Member Survey. Please share your thoughts (and be in the running for a $100 book voucher).

I must say it’s been really great to have Simon and Kristine from Encode Management on-board as both sponsors and supporters - and I know they’re also working with other meetups in Adelaide too. It would be easy (and I think it has happened in the past) that sponsors just give some money, or might just pop their head in, but the folks from Encode are regular attendees and are often one of the last to leave after helping pack up. That sincerity and encouragement count for a lot in my book. And speaking of books, it’s Encode that are putting up the aforementioned book voucher. Awesome!

I caught up with Andrew this week to kick of planning for DDD Adelaide 2020, with our traditional ‘DDDumplings’ lunch meeting. We should really get Dumpling King on board as a major sponsor :-)

Christmas has come and gone, and now it’s 2020. If there’s one thing that’s been a constant over this Summer period, it’s that it feels like we’re under seige from bushfires.

Here’s a view not that far from where I live. That’s a smoke haze (not really thick, but noticeable ), from fires on Kangaroo Island around 200km south. There’s been other fires around South Australia in the Adelaide Hills and over on York Peninsula. And then interstate there’s fires all over the place - basically all around Australia. A good drop of rain would not go astray. 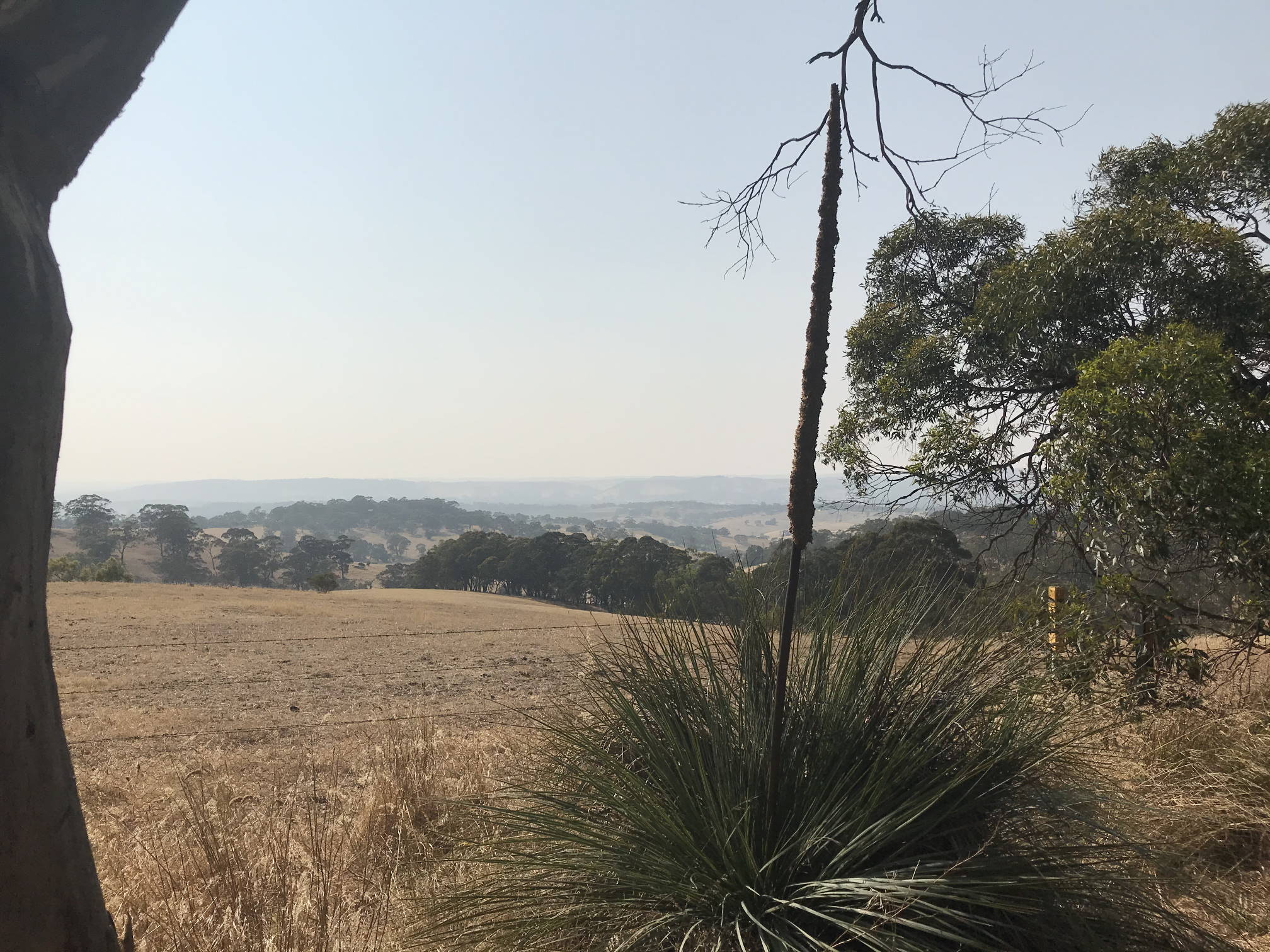 I’ve been enjoying some time off - catching up with family, the odd bike ride or two, a few jobs around the house and just trying to switch off for a bit.