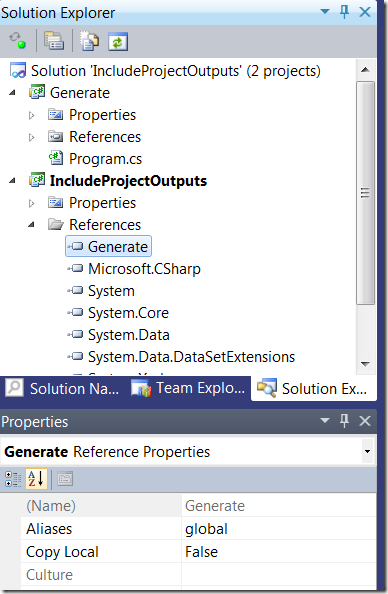 KCO (formerly KUCA Camp Out, formerly Kid's Camp Out) is an annual overnight camping event that has been running in South Australia since 1978. It's also probably the largest event that the Uniting Church runs in Australia, as they've often had more than 2,700 kids, parents and helpers. 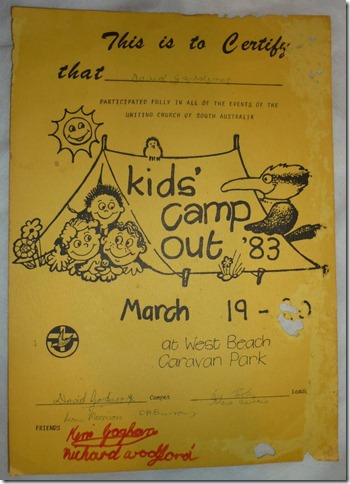 A bit later still, I co-led the teenage helper group for a few years until 2000. This also meant being on the organising committee for the whole event. Believe me, there's a lot of planning that goes into making sure KCO runs smoothly! One of my highlights was that I got to have my own walkie-talkie (my call-sign was 'KUCA Big Dave' if you're interested).

While I have many fond memories, I'm quite excited because tomorrow morning I'm getting on a bus with my two oldest children (along with over 100 other kids and parent leaders from our church) and heading off to KCO 2011.

Some things will have changed in the 10 years since I last went (for one thing it's now Nuriootpa instead of West Beach – I'll leave my boardies at home this time), but I know it's going to be a fantastic weekend!

I just discovered that I've passed yet another beta exam!

So when I get around to taking the 70-513 exam, I would have then fulfilled the requirements for the certification:

Time to brush up on my WCF! 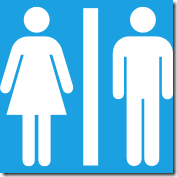 My second app 'Aussie Toilets' has now been published on the Windows Phone 7 marketplace. It's an app for locating the nearest public toilet, and it's free!

It uses data provided by the Australian Government's National Toilet Map website. It's a useful app to have on your phone, especially if you're out and about and need to find the nearest 'public conveniences'. 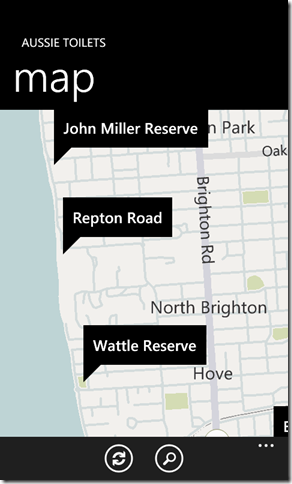 The app displays a map of your current location (or defaults to Australia if it isn't sure, or you've declined permission for the app to access your phone's GPS).

Once you've zoomed in to a particular location, it will begin loading the database. This may take a few seconds, as the database is quite large.

It then displays up to 5 nearest public toilets.

You can pan around the map, and use the standard 'pinch to zoom' to zoom in closer or further out.

Tapping on a name will take you to a new page with more details about that facility. The data is displaying using the 'pivot' control, so you can swipe left or right to pan to each section.

The opening hours are also displayed. Some locations might be open 24 hours, others (eg. in a shopping centre) only during certain times.

These details vary for each facility and are only as accurate as the data supplied to the database by the organisations responsible for each toilet (e.g. Councils, State government agencies, transport providers, shopping centres, service stations and food outlets). The app's database in the initial release is current as of January 2011.

I took quite a while to settle on the name 'Aussie Toilets'. I'd had a few other good suggestions – things like 'Dunny Directions', 'Loo Locator' or 'Aussie Loos'. In the end I decided I'd stick with a nice obvious self-explanatory (if slightly more pedestrian) name.