I recently encountered a problem opening an existing SQL Server Integration Services project in Business Intelligence Development Studio (BIDS aka Visual Studio 2008). When ever I tried to view the Data Flow task for an integration package, Visual Studio would crash. These are the details recorded in the event log:

One curious thing I noticed was that the version of the msdds.dll file above is 10.* not 9.*. The file properties also indicated that this was part of Visual Studio 2010.

Not being certain whether the issue was something SQL or VS related, I decided in the absence of more specific information, the most effective approach was most likely to uninstall all the installations of Visual Studio and SQL development components (I didn’t uninstall the SQL instances).

Uninstalling Visual Studio 2010 and 2008, then re-installing BIDS from the SQL 2008 R2 setup replaced the msdds.dll with the original 2008 version.

I was then able to open the SSIS project without any crashing!

Re-installing VS 2010 and the dll was updated back to 10.*, but this time BIDS continues to work properly.

One thing that may be relevant is that for a short time I did have SQL Server codenamed ‘Denali’ installed, so it is possible that something left behind from that might have been the culprit.

This is also a good way to confirm that the LED for your hard disk works properly (and to dream about getting an SSD!)

I had one regret when we did our house extension a few years ago. I’d neglected to install network points next to the TV antenna outlet that I’d put in our family room (what was I thinking!). This meant that the Media Centre has been operating on wireless for the last few months since we relocated it from another room. Not ideal, even though it’s very close to the access point, and I also suspect the wireless drivers are responsible for the Media Centre machine constantly waking up from sleep-mode even though nothing was scheduled to record.

Replacing a skirting board provided an opportunity to hide some cables and remedy the situation. I was initially just going to put one cable in, but then figured that if I’m going to put in one, I might as well put in two. Plus, there’s that special family Christmas present that might appreciate a network connection pretty soon (It rhymes with “Textbox Elect”, and we’re exercising great restraint in not opening the box until December 25th! We ended up getting the 250GB bundle from Harvey Norman – though don’t let them try and sell you a more expensive bundle with a ripoff $50 HDMI cable)

I’d pulled the cables up into the ceiling in the family room a few weeks ago (along with replacing the skirting board), but only yesterday got time to finish the job and run them into our storeroom (where the modem and switches are).

I managed to pull one of the existing cables back up into the ceiling, tie the new cables onto it, then pull them all back down through the wall cavity into the storeroom (if that hadn’t worked, I’d have had to resort to drilling a hole in the ceiling cornice and running some conduit down the wall).

I’d bought a new wallplate and fittings from Jaycar, so I connected those up and hooked in the existing F-type connector. I did discover that the wallplate was probably intended to be mounted vertically (as the network points would only mount sideways), but I can live with that. It’s all hidden behind a sidetable/cabinet anyway.

I then plugged the cables into my 1GBit switch and tested them out in the Media Center. Even though the cable and fittings are only CAT 5e, so far I’ve managed to the existing cables to run at 1Gbit. Not this time, both were only connecting at 100Mb

. I didn’t have a lot of spare cable to play with at the wallplate end, but I wondered if I had untwisted the copper pairs too much when I’d hooked them up to the wallplate jacks. I re-did one, taking extra care to keep the pairs twisted until right up to where the wires got punched in. Bingo, 1Gbit! I tried the same with the second, but unfortunately it was still at 100Mbit. Oh well – one out of two isn’t too bad.

Now just to wait patiently for two more weeks until we can play with our XBox 360 and the Kinect controller. Should be a great way to work off Christmas lunch! 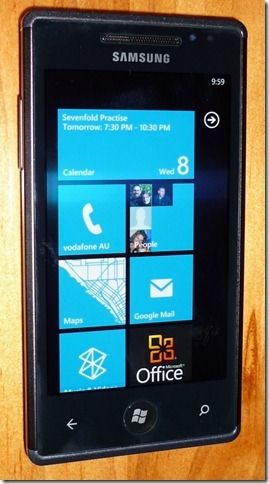 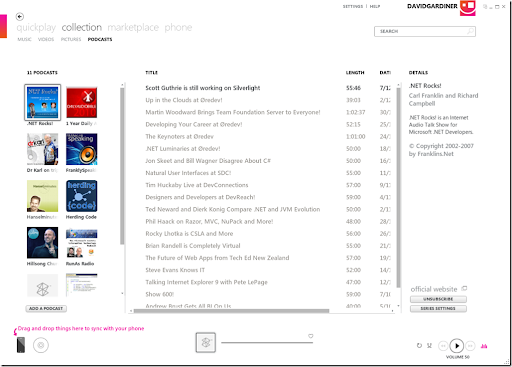 Right in the solar plexus

Not the usual start to the day today..

First one of the kids woke up at 1.30am complaining that they couldn’t sleep (they had actually been asleep but logical arguments don’t seem very successful at that hour of the morning!).

Then later on, around 5am I think, another child woke up complaining it was too dark. I turned on a bedside light and they seemed happy enough with that to be able to go back to sleep again.

Not so much for me.. I tossed and turned for a while, then decided to get up myself. After breakfast I went to have a shower, only to discover that the hot water wasn’t. My initial theory was that the batteries had gone flat in the instantaneous gas hot water heater, but we didn’t have any spare ‘D’ cells to replace them. I rushed down to the shops just in time for opening (7am), bought some batteries. Back home, new batteries in, but no joy.

Next step, ring some plumbers. Got on to one, who suggested isolating the heater to double-check whether it was actually trying to start or not. I checked that and it wasn’t, so the batteries were probably not to blame. He then said I was best off ringing Bosch to arrange a service call.

Bosch water heaters are serviced by in Adelaide by SA Hot Water, but they don’t open until 8.30am, so while I waited I proceeded to boil the kettle multiple times so that I could have a bath in reasonably warm water. This reminded me that I am relatively tall and our bath is relatively short. I won’t provide any pictures (you can breathe a sigh of relief!) but basically with a bit of wriggling about I can either get my legs wet, or my top half, but not both at the same time.

I rang back SA Hot Water at 8.30am, got through to their service people and turns out they’ve got a guy in the area who could come over right away – hooray!

He arrived not long after, and after giving some advice along the lines that our heater is probably on the way out (just over 8 years old) and is also a bit undersized for our house, managed to fix the problem.

So now my wallet is a bit lighter, but I’m also thinking that we should start investigating a replacement unit, with the idea that it would be compatible with a solar hot water system (something the current unit wasn’t).

First Windows Phone 7 was release last month.. (still haven’t got one but am warming to the Samsung Omnia 7)

Then the first CTP of SQL Server ‘Denali’ was released last week..

And tomorrow (18th) Microsoft’s Kinect for XBox 360 is released in Australia.

Don’t tell the kids, but I’m thinking this might be the Gardiner family Christmas present this year!