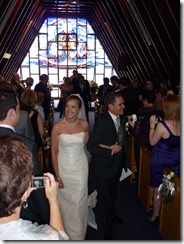 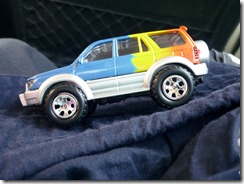 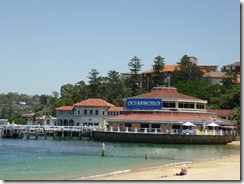 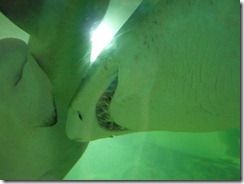 Office Communicator and the tel: protocol

I was wondering today whether Office Communicator offered any integration with web pages to enable calling a phone number on a web page. It turns out it does (as the Communicator team explains on their blog) via the tel: protocol.

I confirmed this by inspecting the registry on a computer with the Office Communicator 2007 client installed. Sure enough, it is registered for tel: (and also callto:).

If your page is just for your intranet, you can probably get away with the local number, but the RFC strongly recommends you use full “international form” – that way the number should be callable from anywhere. eg.

I don’t have Communicator installed on my home PC, but I do have Skype. A quick check of the registry confirmed that Skype has registered as a handler for callto: but there is no tel:.

Getting podcasts onto my new phone

I recently replaced my dead iPod Shuffle with a Samsung C3050 phone that amongst other things has music playing as a feature. I bought an 8Gb micro-SD card to go in the phone to store podcasts on.

When I unpacked the phone from its packaging, I discovered that this phone uses a slightly annoying custom socket to connect to a PC, headphones or power jack. It also didn’t come with a USB cable in the box (so when the box said “supported USB” it didn’t mean “easily”). I ended up making my very first e-bay purchase and bought a $10 cable which did the trick.

Now to get podcasts syncing…

I had been using WinAmp with the Shuffle, but I found that its support for a basic USB drive (which is how the phone’s SD card appears when connected to the PC) was not perfect. After scrounging the net to find a decent podcatching application. Some of the problems I encountered along the way included MP3 files getting filenames that the C3050 didn’t like, MP3 files ending up in the wrong location on the SD card, and some software that just plain didn’t like the feed – the “.” in “.NET Rocks” seems to be a common cause of that.

I finally found Mediafly. This site offers feed aggregation as well as software for syncing podcasts to various devices.

I’d already started using SpokenWord.org to aggregate my feeds, so I just added my aggregated RSS feed URL - http://rss.spokenword.org/playlist/2940 – to Mediafly. It then started downloading the latest files, and I was able to sync them over to the SD card.

So far it looks like this is working pretty well.

The C3050 is a pretty basic phone (what do you expect for less that $100 from the local Vodafone shop), and the music player has a few annoying quirks – in particular it too easily forgets if it is part-way through playing a track, and there’s no way to determine (from the PC) what tracks have already been listened to. But in spite of that it does the job, which is the main thing.