One good thing about my hotel room – the shower is tall enough that I don't have to do the limbo to wash my hair. I've stayed in much fancier places that can't get that right!

First session today was another non-developer one – SEC306 Operations Manager 2012: New Features. This started off looking like it was going to be a "death by PowerPoint", but they finally got into some demos. Looks like a good tool, and they even showed what it can do for your in-house apps, so there was some developer interest after all (see photo showing example diagnostics from an app failure).

I then got to finally see the infamous Chris Walsh present WPH306 What's new for Windows Phone 7.5 Games Developers XNA and Silverlight.

Next up was my second Instructor-led lab – "Build Your First Windows Phone 7 Application". Again we had more interest than we could cater for. Great to get lots of positive feedback, especially on how easy it was to develop the applications using Visual Studio. Also, as this lab had to run on the PC hardware (because we were using the phone emulator), we had no complaints of slowness that have plagued the other labs.

After lunch, I just managed to get a seat to see Anthony Borton kind of present DEV309 Visual Studio vNext Directions. I say "kind of" as because of restrictions imposed by Microsoft, Anthony had to change his content at the last minute and rely on videos from Brian 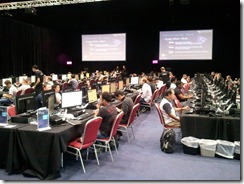 Back to helping out in the hands-on labs for the rest of the afternoon, except for the last bit, as I was asked to run a repeat of the "Microsoft ASP.NET MVC 3: Fundamentals" Instructor-led lab. A smaller group this time, but very keen and some good discussions on how they might adopt MVC for their web projects.

After this, the convention centre was transformed into the "fun factory", with different areas laid out with X-Box games, go-kart racing, table tennis, basketball and other stuff, plus lots of yummy food for tea. 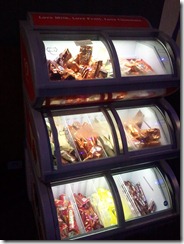 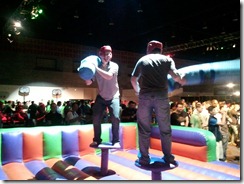 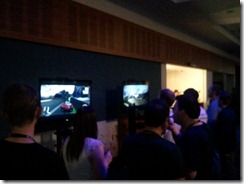 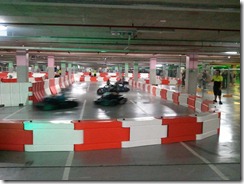 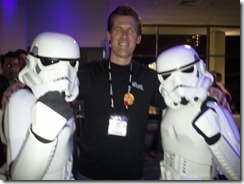 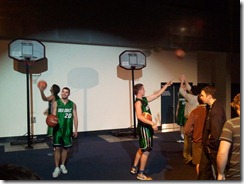