It's January again, and amongst other things means it's time catch up with the other riders of the Mud, Sweat & Gears bike club and participate in the Tour Down Under Challenge Tour ride.

This year's 138km ride started in Norwood and finished up in Tanunda (in the Barossa Valley).

Here's a map of the ride (the green line) and an elevation graph showing the two steep climbs - Anstey's Hill (20km) and Menglers Hill (120km). I entered the map on RunKeeper, but not sure why it doesn't show distances after 90km. 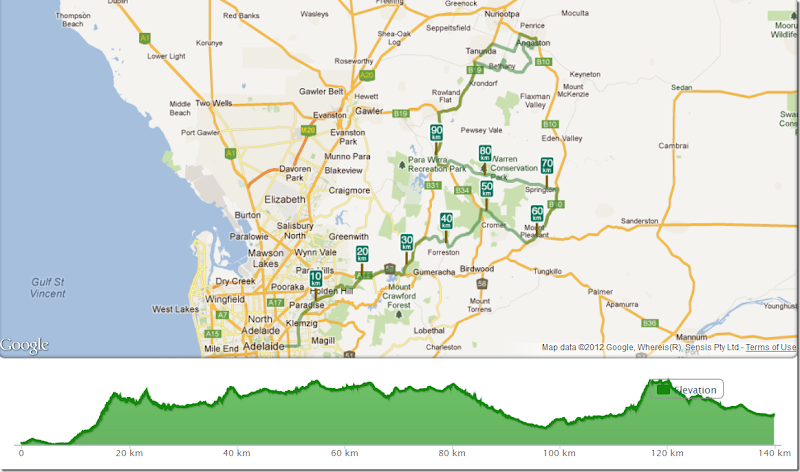 This year was one of the best organised. There were regular refreshment stops along the route, and they were all well provisioned with water, and some with the obligatory bananas and fruit cake. I think there was over 6,000 participants this year – a bit less than last year (but then Lance wasn't riding this year so that's to be expected)

I rode again with Dad (as featured in the January 18th edition of the Hills & Valley Messenger newspaper!). I've managed to do a bit more riding to work over the last few months, and I think that combined with a few longer training rides with Dad on the previous weekends made for a much better ride than last year for me. 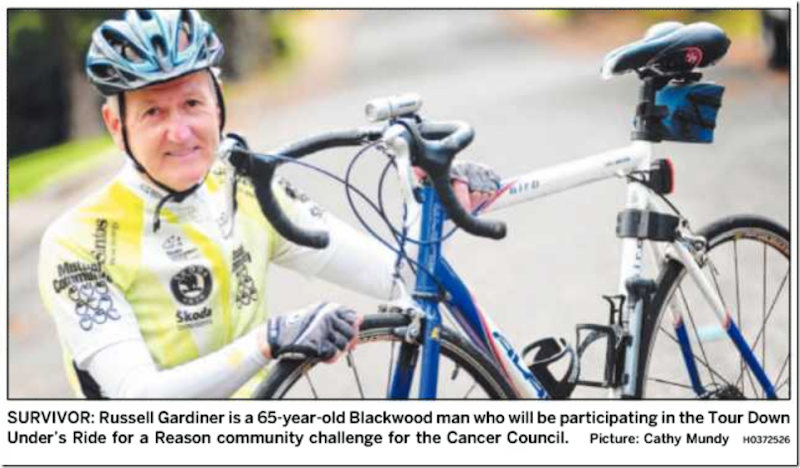 We left Norwood just before the official start time of 6.30am and got to Tanunda around 1pm. Apart from a sore behind and tired legs I felt pretty good at the end. It was nice to make the finish and ride under the big arch (if you're too slow then they make you detour around so the professional riders have a clear run to the finish).

It was a really good day to ride, with the first few hours being nice and cool. The sun only started to break through towards the end of our ride. By the time we finished it was pretty warm. 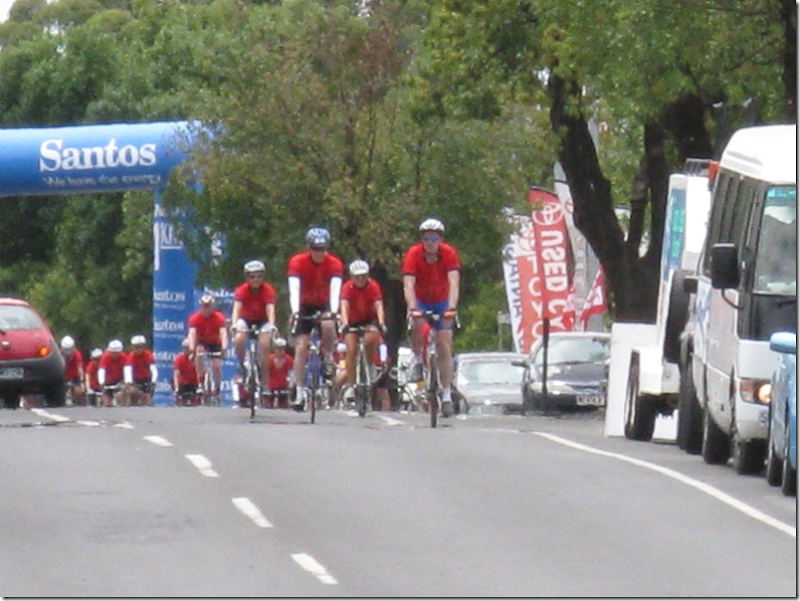 Tanunda is a pretty town and it was nice to have large leafy trees providing shade to the spectators watching approach to the finish line.

Special thanks to Narelle's parents who transported Dad, I and our bikes to Norwood in the morning, and also followed us around the route, including right to the finish line. I'm glad I got a lift home with them rather than some people I saw who were riding back to Adelaide again after the ride!