Microsoft made the “Consumer Preview” of Windows 8 available yesterday, and last night I downloaded it and installed it on my laptop (using Boot to VHD so I wouldn’t affect my existing Windows 7 install). 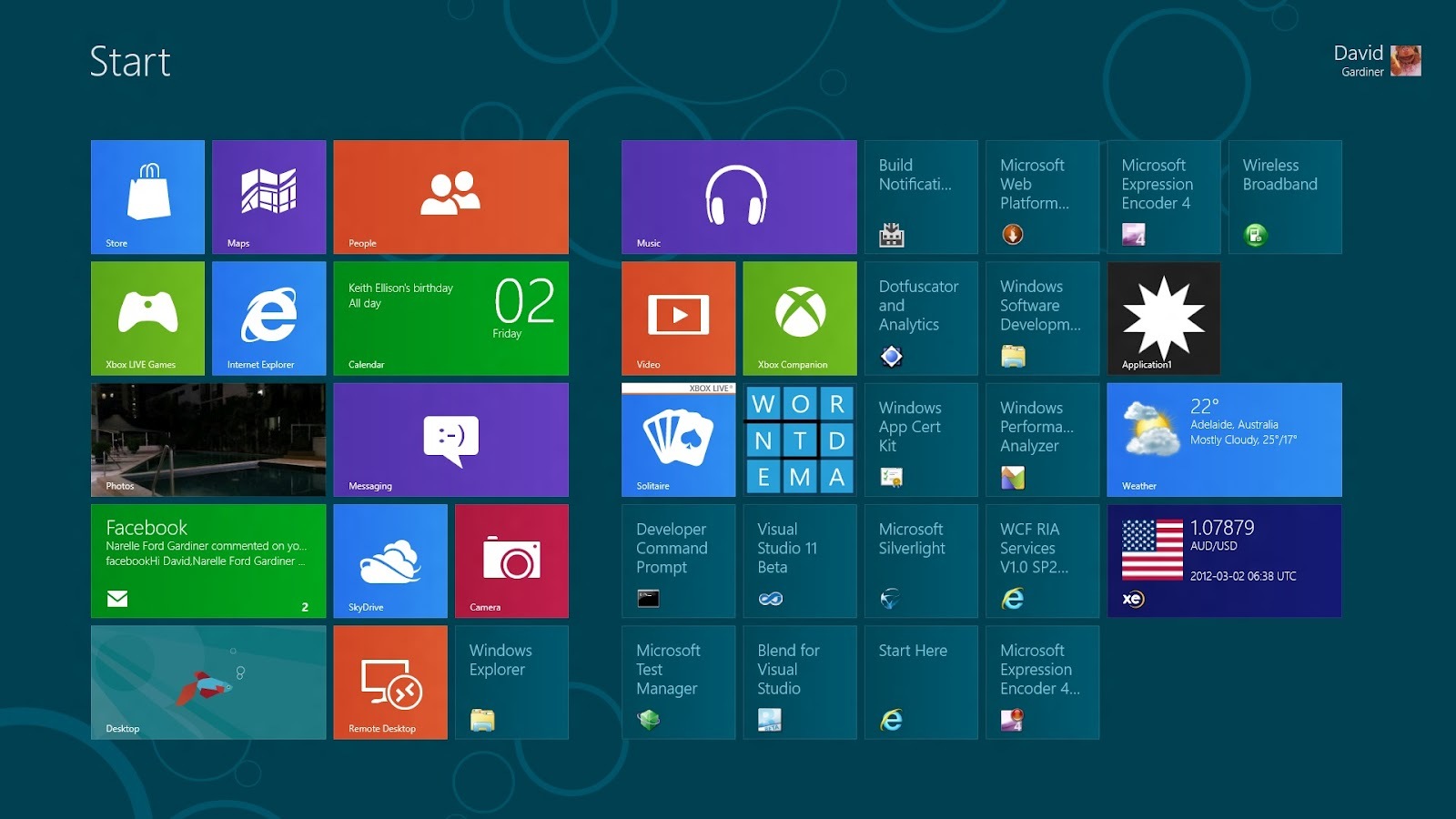 First impressions are very positive. The install went smoothly, and I was able to add in my GMail account for the email and calendar apps.

One of the first things that I noticed was the weather app was using Fahrenheit. This is when I discovered a handy keyboard shortcut [Windows]+[C], which brings up the ‘Charms’ which are where you can change settings for the current application (and so it was changed to Celsius).

The new interface is quite a contrast from the traditional Windows desktop. Windows Phone users will find more similarities with the new desktop Metro interface. You can see the ‘Metro-style’ apps on the screen-shot above. They’re the ones with the nice icons/tiles. The other icons are from the install of Visual Studio 2011. (This is a regular Windows application so you get regular icons). Again, like Windows Phone, the tiles for the new apps can update themselves (eg. the calendar, email etc).

The email and calendar apps are simple but functional. A number of other apps aren’t fully working at the moment (most due to ‘regional’ restrictions).

So far it has been rock solid - no crashes to speak of.

The Metro interface lends itself well to touch interaction. Unfortunately I don’t have a touch screen on my laptop but I can certainly see how touch would work pretty well with it - again the similarities to Windows Phone help.

﻿﻿I’ll be experimenting with seeing what’s involved with porting some of my Windows Phone apps to work on Windows 8.