I noticed my wireless connection was a bit slow this morning, so after restarting the router (standard "IT Crowd – Have you tried turning it off and on again" approach), I thought it would be worth seeing what other wireless networks were nearby and whether they might be causing some contention for bandwidth.

Years ago I used NetStumbler to do this kind of thing, but it hasn't been updated in a long time and doesn't work with the wireless card on my laptop. Instead I found inSSIDer. It does the job nicely - this is what it revealed: 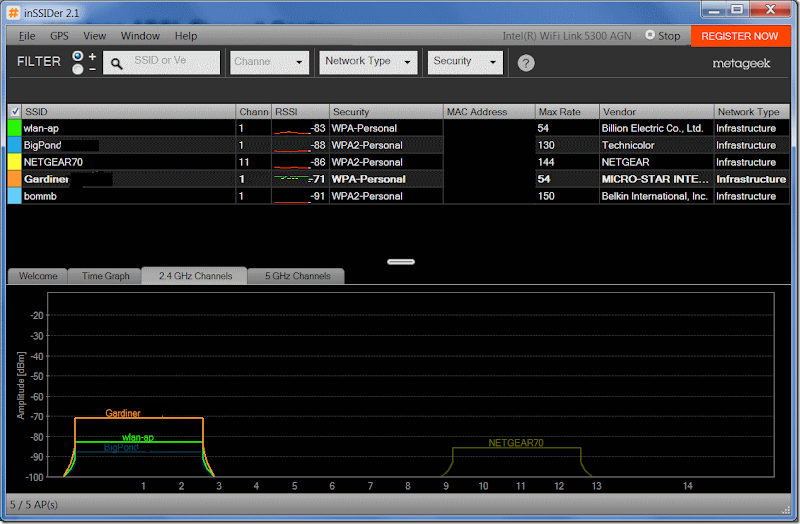 My network is the orange one named 'Gardiner'. I've obscured some of the labels to protect privacy.

After switching my router's wireless settings to channel 5, it now looks like this: 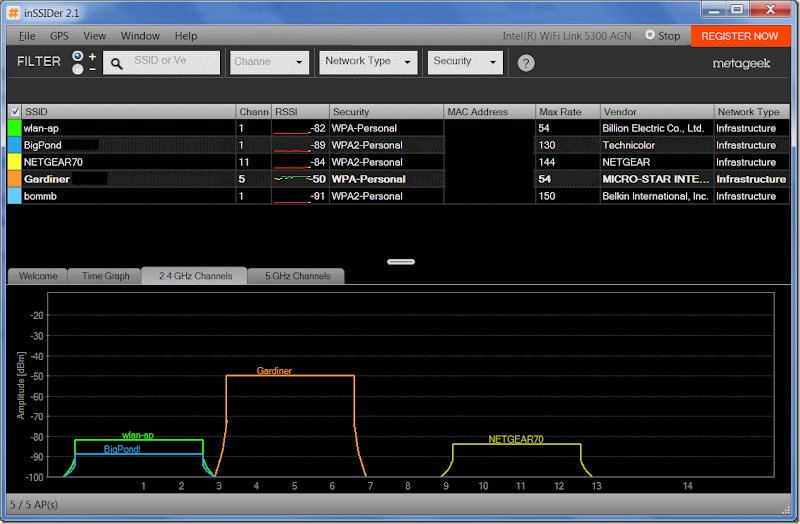 Other options for improving my wireless performance would be upgrading the router to something that support 802.11n (my trusty old Billion only handles 11b + 11g), and maybe getting a wireless repeater to improve coverage around the house.