Last month after watching the demos from the Microsoft Build conference on the updates to Windows Phone, I decided to take the plunge and update my phone to Windows Phone 8.1. All was going well and some of the new features were really nice – improved keyboard, the notification centre, and VPN support to name a few.

Then all of a sudden a few weeks later my handset wouldn’t acknowledge that my headphones were no longer plugged in. It thought they were always plugged in, so didn’t play audio through the speaker – making receiving phone calls tricky as you either had to switch the call to ‘hands free’, or to quickly plug the headphones back in.

A few others seemed to be in the same boat, but subsequent updates for 8.1 didn’t resolve the issue. The original reporter then sent his phone off to be checked under warranty. I decided to do the same – for while the problem happened after I’d upgraded to 8.1, there don’t seem to be heaps of people with the same problem, so maybe it was more a coincidence and just a regular mechanical fault with the headphone jack.

The only tricky bit was proving to Nokia that it was my phone (I’d won it from Microsoft so I didn’t have a receipt). After a bit of email tag and a few phone calls they were finally convinced and I posted my handset off to Sydney.

Before being sent off to Nokia Care, I was asked to use the Nokia Software Recovery Tool. This had the interesting effect of downgrading the firmware and OS back to 8.0 (and didn’t fix the audio problem, which increased my suspicions that the problem was not software-based)

Here’s the details before it was posted off: 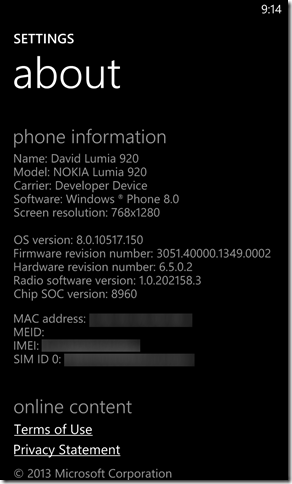 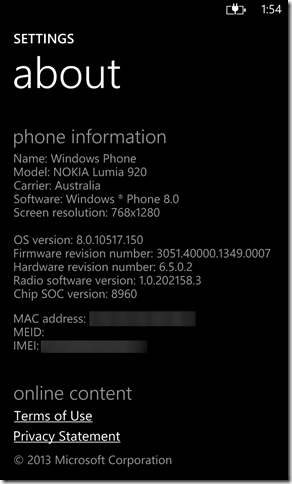 And yes, the audio is now working!

While my phone was being serviced, I dug up my trusty old Samsung ‘dumb’ handset and after visiting Vodafone to get a normal-sized SIM I at least was contactable on my mobile (if not online). Conveniently, Vodafone now give out SIMs that you can pop-out the middle to get a micro-SIM, so I didn’t need to go back to the Vodafone shop a second time. 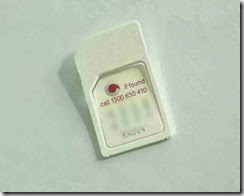 Also, thanks to the Windows Phone Backup feature, I am restoring all my apps and settings so my phone is basically back to how it was before all the dramas started! Very convenient.

Next step, to the latest Windows Phone 8.1 release. With a new audio jack fitted, I’m hoping there will be no more issues. 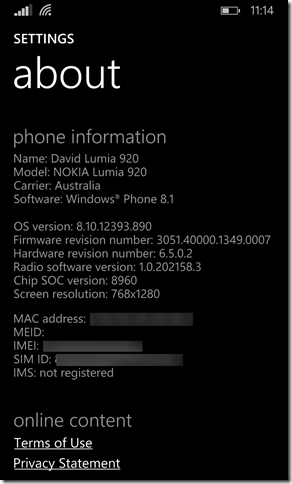