My trusty Dell laptop is still going strong 4 years on. It’s showing signs of being well used - the screen is a bit scratched in places, most of the rubber feet have fallen off and the battery doesn’t last as long as it used to, but it does the job.

Until recently I hadn’t really needed to use any Bluetooth devices, and it was then that I realised that Bluetooth had somehow disappeared. The Bluetooth status light on the front of the case would blink briefly when booting up but then stay off, and there was no Bluetooth icon in the Windows system tray. I’m sure these used to be there originally! A bit of Googling revealed that it was probably upgrading to Windows 8/8.1 that would have disabled it, due to out-dated/incompatible drivers.

I downloaded the latest Dell Wireless 370 Bluetooth Minicard Application, but after it self-extracted, the installer was prevented from running by the Windows Program Compatibility Assistant. Sometimes you get the option to proceed with caution, but in this case not.. Or so it seemed. 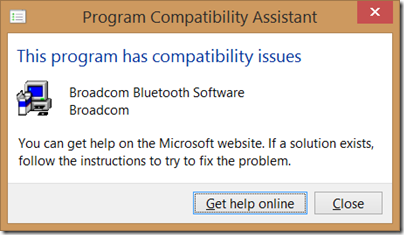 Next, I wondered if I could get newer drivers directly from Broadcom? Well yes you can – from http://www.broadcom.com/support/bluetooth/update.php, but after downloading and running the app it wanted to see the existing Bluetooth device (as it presumably then goes and downloads specific drivers for your devices). But that’s the problem, I can’t get the device working in the first place!

I came across this post - http://www.wiknix.com/solved-bluetooth-device-not-working-in-windows-8/ which at first glance looked like one of those annoying content aggregation sites, but in this case either the site is legitimate, or at least the instructions were valid. To repeat the relevant steps here:

This time, the drivers installed and bingo, I had Bluetooth devices appearing!

Figuring there’s probably a good reason that Windows wasn’t keen on these older drivers, I then re-tried the Broadcom Software Update application. 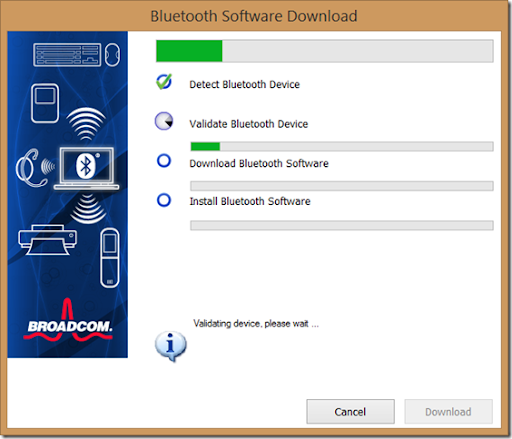 This time, it detected the existing Bluetooth devices and so could proceed to download and update the drivers to newer versions (that apparently do properly support Windows 8/8.1).

Rebooting, I noticed that now just a ‘generic’ Bluetooth device was listed in Device Manager. Right-clicking on this and choosing Update Driver Software, it then updated the driver back to the Dell Wireless 370 Bluetooth Mini-card (version 12.0.0.8047)

Device Manager now looks like this (yes, my laptop is named ‘Clarabel’ 😀) 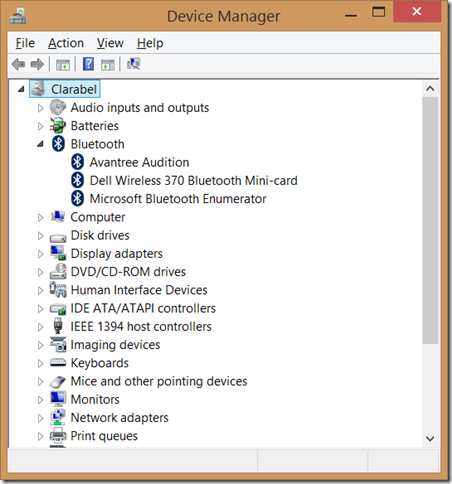 And there’s the Bluetooth icon in the system tray again: 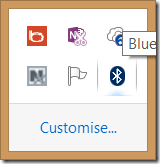