A project in Visual Studio is used to indicate which files on disk should be used to build something. For a C# project, it will indicate the .cs files that should be compiled.

It is possible to have a file on disk that isn’t included in the project (the file is just ignored), and conversely it is possible to have a file reference in the project that refers to a file that doesn’t exist on disk. In this latter scenario, if it is a compilable (.cs) file then the C# compiler will issue an error that it can’t find the file. But if it is another kind of file (like a .jpg, .png or .css for example), the compiler just ignores it and you won’t get any errors.

If you didn’t realise that there are some missing files, then the first time you might actually realise this is when either you go to package the application for deployment (when the packaging step could fail), or when you run the application and some functionality is broken.

Here’s a Solution opened in Visual Studio. I can tell you there are actually two files that are missing, but there’s no clue as to where they might be. 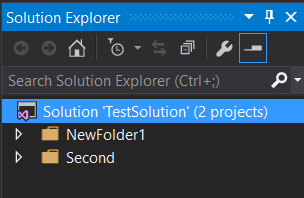 Missing files are identified by a slightly different icon with a yellow ‘warning’ triangle in the Solution Explorer, but that’s only helpful if you’re actually looking at the right place (not always easy if you have lots of projects with a deep folder hierarchy). If we expand the first folder out, then we can see the first missing file. 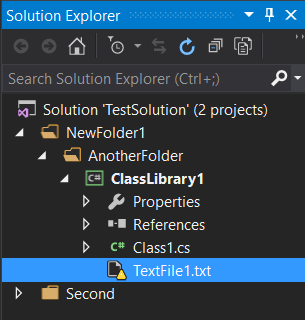 But there’s still another one we haven’t found. If you don’t go looking for it, you probably won’t notice it. So to help identify missing files as soon as possible, I’ve created a new Visual Studio extension – Show Missing Files.

After you do a build, the extension scans all the projects you have loaded in Visual Studio and generates errors for any files that are referenced but don’t actually exist. Here’s the Error List window for our sample solution after doing a build:

The two missing files are listed, along with the projects that reference them. You can then double-click on one of the errors and it will take you directly to the file reference in the Solution Explorer. 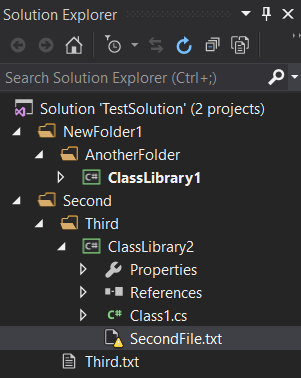 And there it is! You can now fix the missing reference (eg. remove it, or restore the missing file back on disk).

Don’t forget to give it a few votes in the gallery. The source code is available at https://github.com/flcdrg/VsShowMissing. All contributions welcome!