It seems such a simple thing to want:

Way back in the day, Windows Phone 7 to be specific, podcasts were supported natively in the operating system. Except if you didn’t live in the USA. For some never explained reason, they never enabled this feature for non-US phones. Bizarre.

If I recall correctly, the original Windows Phone 8 was no different, but then eventually Microsoft released the Podcast feature as a separate app – “podcasts”. 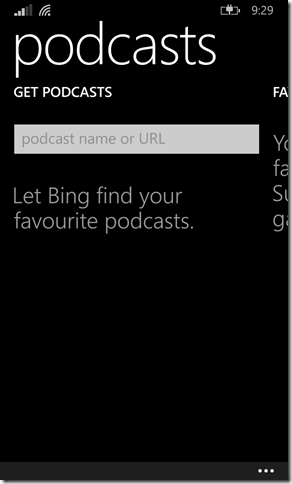 It is a very basic app. Unfortunately I think that some of the developers of alternate podcast apps seemed to have given up when the official app came out – even if their own efforts had more features. 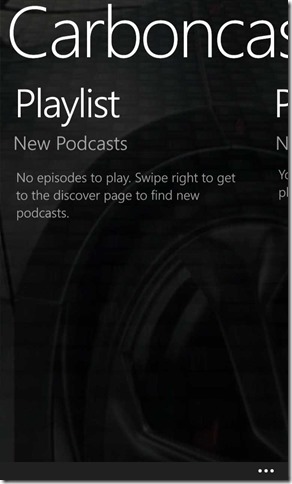 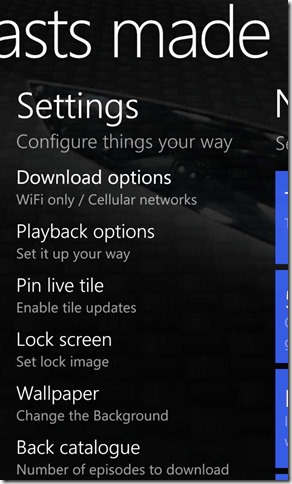 One of the first apps I tried on WP8 was Carboncast. The layout and design still impress me, but sadly it proved quite unreliable (and no background downloads). Unfortunately the developer apparently lost interest too – the last update was December 2013.

This was my next app of choice for a fair while. It aims to be more like the original built in app (as it was released before that app was made available to the rest of the world). 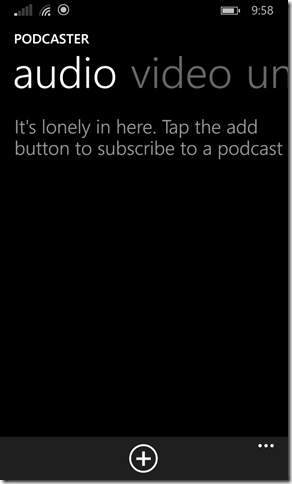 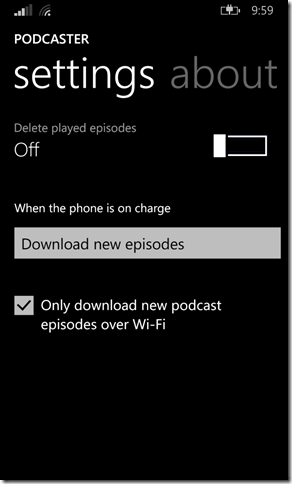 Background downloading was added in later versions, though I had occasional trouble with corrupted downloads. 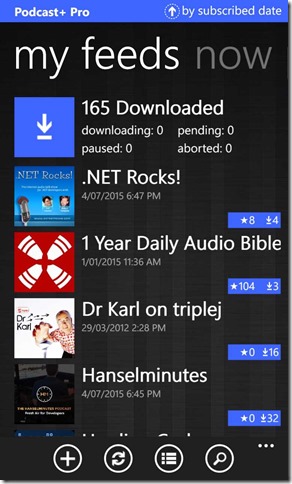 I then moved to this app – Podcast+ Pro. Pretty good, but no background downloading. 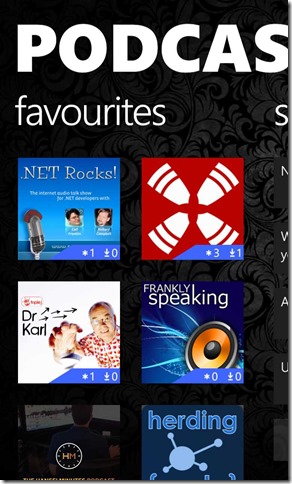 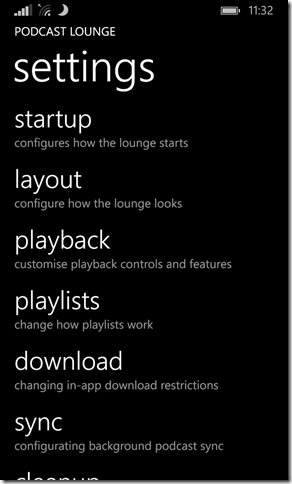 I came across this one earlier this year (I think someone recommended it on Twitter) and had been using it until recently. It is quite good, but alas it didn’t do background downloads. A recent release supposedly added this feature, but the implementation appears to be buggy as it never worked for me.

A few issues also with strange ordering of episodes and frustration with episodes previously ‘marked as played’ reappearing as unplayed. Feedback emails were sent, but no responses. 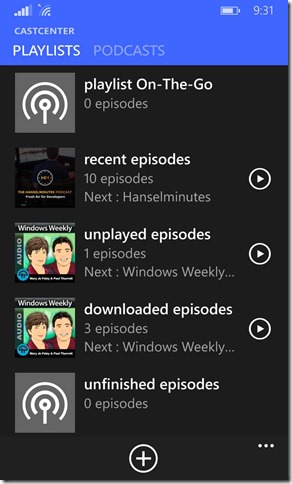 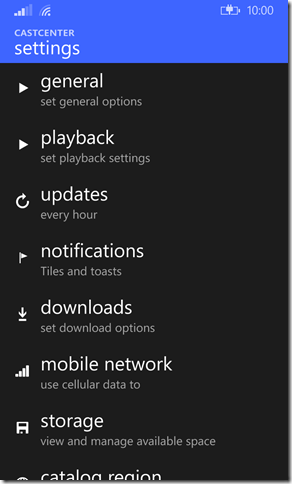 And so, another search of the store to see if there was anything else worth trying and I came across “Castcenter”. A free app, but you need to pay (in-app purchase) to unlock managing more than three podcasts. You can create custom playlists, and it does background downloads.

So far so good.

If you’re into podcasts and have a Windows Phone, let me know what app are you using?