I have a Microsoft LiveCam Studio webcam that I bought a few years ago for the Adelaide .NET User Group for when we have remote presenters. It’s been pretty good (although not long after I bought it, Scott Hanselman tweeted that actually the Logitech 930e was worth considering with possibly a wider shot).

I went to use it the other day, and it just plain refused to work. My laptop has a builtin webcam and that was showing up, but using any app (eg. Microsoft Teams or the Windows Camera app) just wasn’t showing the LifeCam. It was strange as it did show up as an audio device, but not video.

I brought up Device Manager, and looked in the Cameras node, but it wasn’t there. I tried unplugging it and re-plugging back in (and rebooting Windows) to no avail. 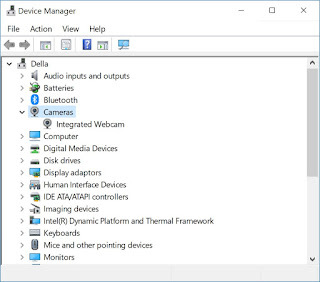 I then tried the webcam with a different PC, and it worked, so at least I knew the device wasn’t faulty. Firing up Device Manager on the second PC revealed something interesting though. The LifeCam wasn’t under Cameras, it was listed under Imaging devices. Who would have guessed! 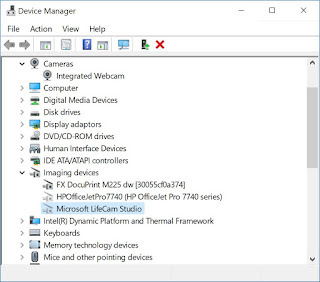 Switching back to my laptop, in Device Manager, I went to the View menu and selected Show hidden devices. Looking under the Imaging devices revealed something unexpected. There were two device drivers listed for the LifeCam! I right-clicked on both devices and selected Uninstall device.

I then plugged the webcam back into the laptop, and now Windows registered that a new device was attached and indicated it was installing the device drivers. After a short wait, it was now working correctly!