I’m not the only one playing around with running Jekyll in WSL2 for my blog:

Been playing with converting my blog to @Jekyllrb But compile times were bad.

Inspired by David’s tweet, I figured it was time I gave it a go. It was remarkably easy!

First, make sure I’m on the WSL2 disk (not the mounted Windows disk)

Now pull down my blog repo

This magically installed some ‘server’ bits into WSL2

and then Visual Studio Code launched 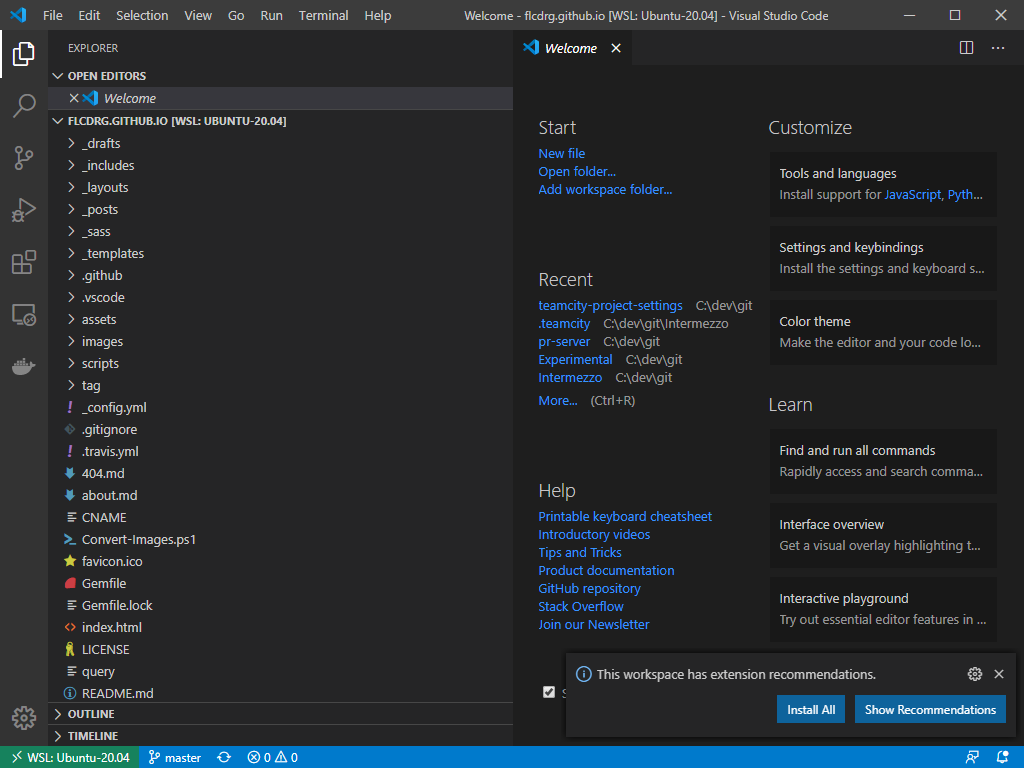 But how can I save screenshots and other images now that the repo is stored inside WSL2? Easy as it turns out. I right-clicked on the assets folder in Code and chose Reveal in Explorer and it brings up Windows Explorer pointing to an internal share mapped back to the Linux disk. I can access the same path from the snipping tool too! 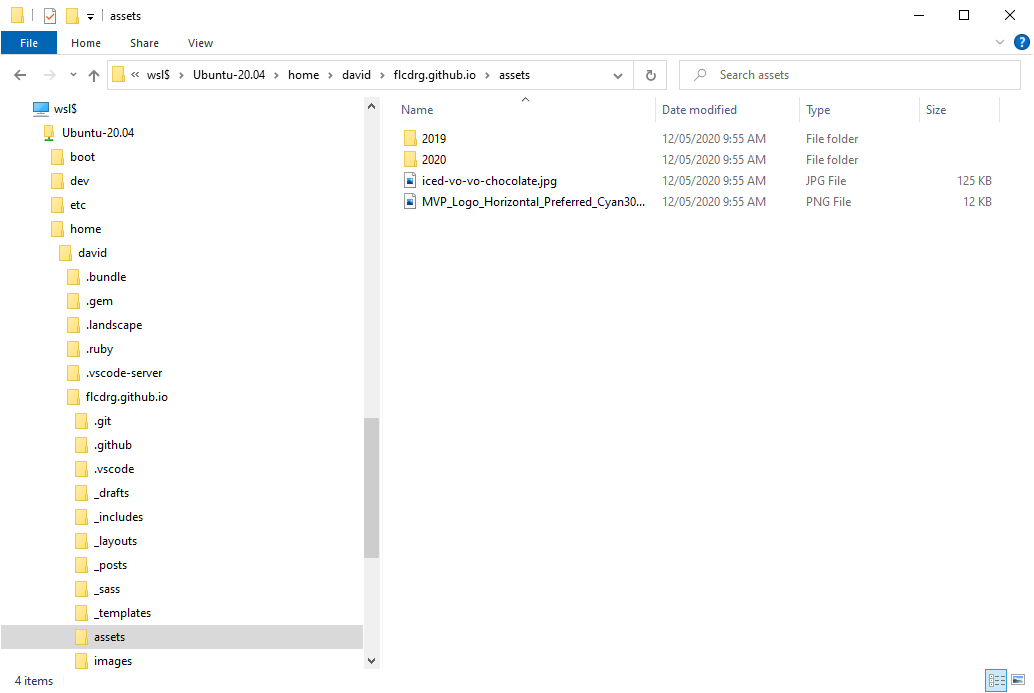 And how fast is Jekyll?