I’ve had my XPS 9550 since April 2016, so it’s almost 4.5 years old now. It’s still going pretty well but the battery has been getting a bit tired. I’d sit down on the sofa planning to do a bit of Chocolatey package moderation and it would be flat in under an hour (that’s just Firefox running). Any heavier tasks would chew up the power even quicker.

Whilst I’d love a new laptop, I think there’s another year (or more) left in this one, so I began the journey of locating a replacement battery.

Richard wrote about his experiences replacing a battery in the same model a few years ago. Unfortunately the supplier he used no longer exists.

That left trying 3rd party websites, and one possibility that came up in the list was https://www.laptopbatterydirect.com.au/. 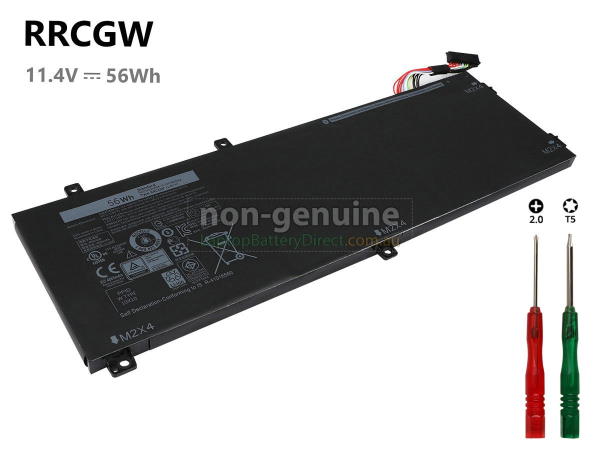 I knew I’d also need a T5 Torx screwdriver to undo the laptop case. Intriguingly one of the photos included two screwdrivers. I emailed the company and confirmed that they do actually include the screwdrivers (and indeed they were in the box when it arrived).

The battery only took a few days to be delivered. Apparently they have a warehouse in Australia so it didn’t need to come from overseas. That was a bonus.

Dell publish a full service manual for the XPS 15 (which includes replacing the battery).

Removing the bottom of the laptop was straight forward removing all the Torx screws. 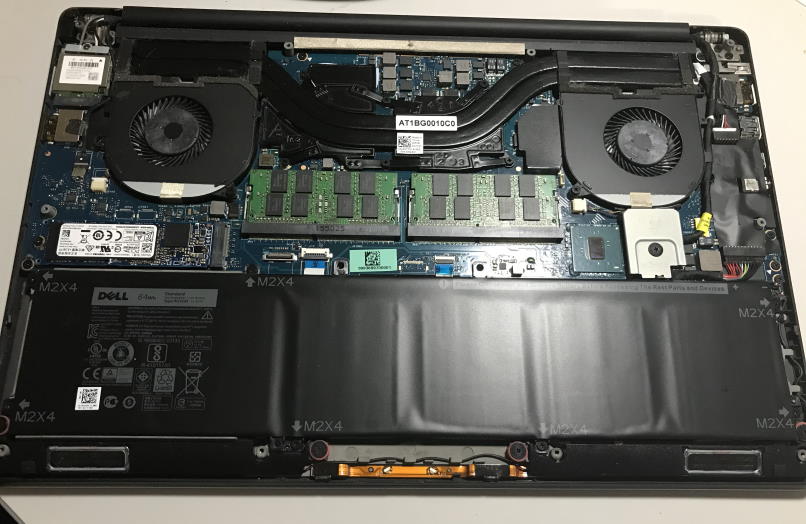 Remove all the screws around the old battery and then drop the new one in. It was a tight fit, particularly around the connector. A bit of gentle persuasion got it seated correctly. 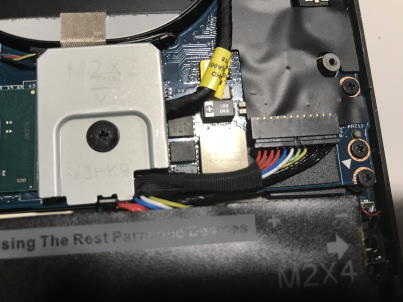 I’d seen a few reviews (mostly on Amazon) about folks who’d tried installing 3rd party batteries and either the laptop refused to work with them, or they didn’t hold charge correctly, so I was a little nervous to see how it all went.

Windows can generate a HTML battery report for you via powercfg /batteryreport. The history only lasts from the last time you reinstalled Windows. I’ve done that a number of times since I first got this laptop so unfortunately it’s not the entire history of each battery I’ve had.

The most recent entries for the old battery indicated it had degraded to the point of having a remaining capacity of only 25,992 mWh (at 100% charge). Pleasingly the new battery reports 81,442 mWh.

Battery life estimates went from 53 minutes up to almost 6.5 hours.

So I think this is looking like a good update. Time will tell how well this battery lasts.