Many years ago, I was working at UniSA developing software. I tended to grind my wrist into the desk as I moused, and over time my wrist and hand became quite sore. UniSA was quite proactive with occupational health and safety, and I had an OH&S consultant visit me in my office. She suggested resting my right hand as much as possible, using a wrist rest, and trying out different-styled mice. For a few months, I switched to mousing with my left hand. I acquired a mouse mat with a gel wrist rest, and I also trialled a trackball mouse. The trackball didn’t work out for me, but since then I’ve continued to use a gel wrist rest for both the mouse and keyboard.

So it was a bit of a surprise when the discomfort returned a few months ago. I used a similar approach of switching to my left hand to give my right hand a break, but I realised that would only be a temporary solution.

Asking for suggestions from my SixPivot colleagues, Logitech mice were frequently mentioned. With its unusual shape, intended to fit your hand at a more comfortable angle, I decided to give the Logitech MX Vertical Advanced Ergonomic mouse a go. Spending more than $100 on a mouse may seem a little extravagant, but if it would reduce the discomfort I’d been experiencing, it would be worth it.

The mouse is certainly different. The ‘sculpted’ curve is covered in a rubber-like material, so it grips nicely. 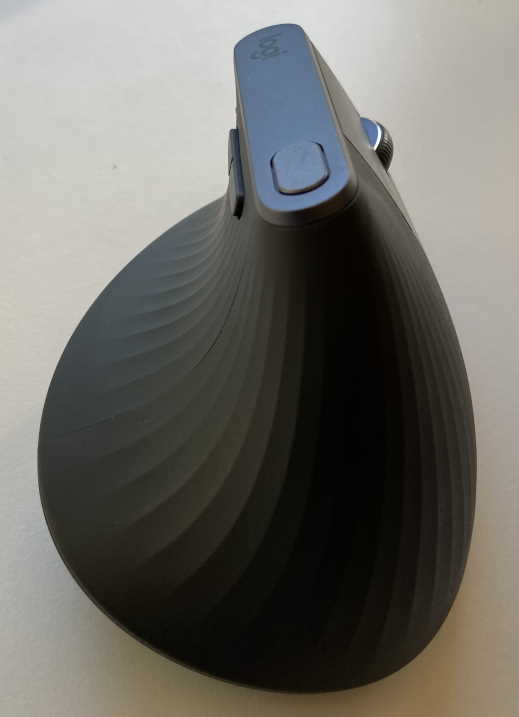 One thing I’d read about was that it was easy to knock over. It is true, I’ve accidentally whacked it several times and tipped it over. Probably because it sits higher (almost reminiscent of a tiny Sydney Opera House), so if you are liable to be waving your hands around that’s something to consider! 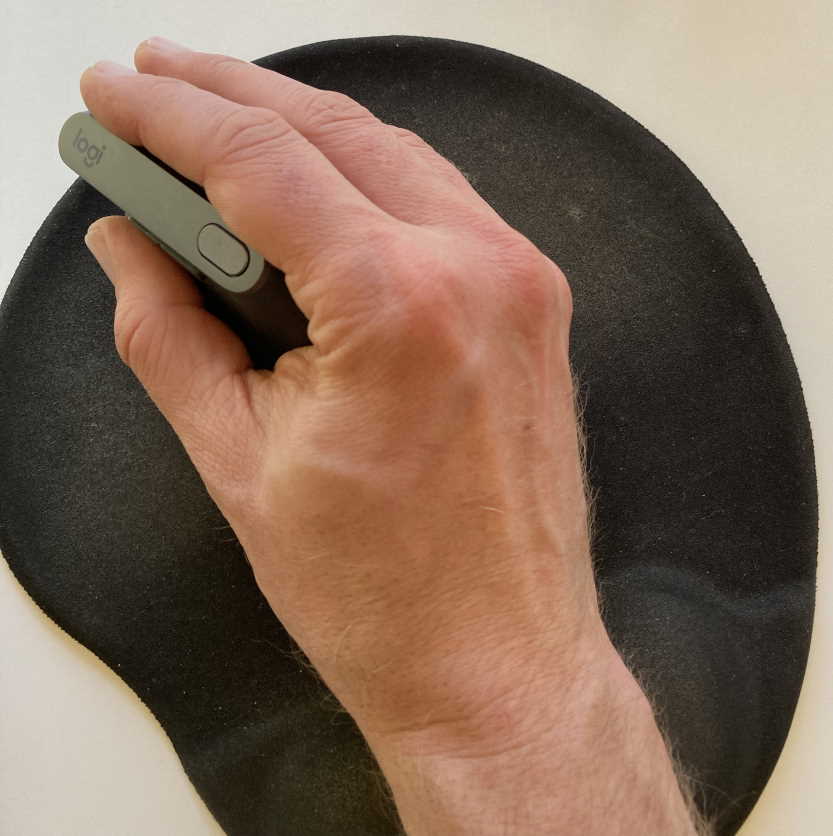 It has the usual left and right mouse buttons and a scroll wheel. It took me a little while to get comfortable scrolling on the side, but I don’t think about it now. 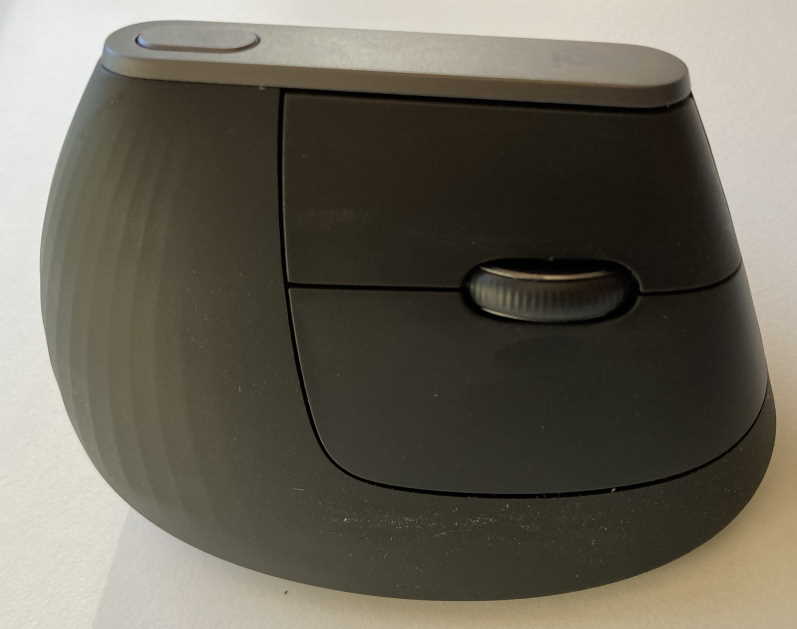 There are some other buttons near your thumb that some people might take advantage of, but I have yet to use them. 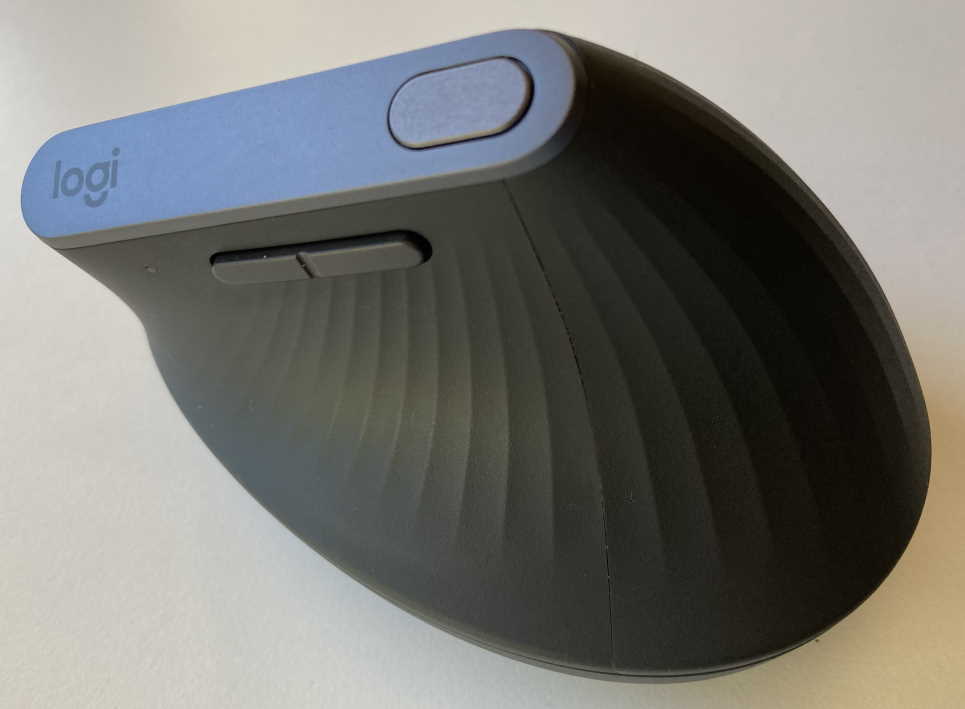 Likewise, there’s a button on the top, that allows you to change the pointer speed. I can’t say I’ve used that yet either. 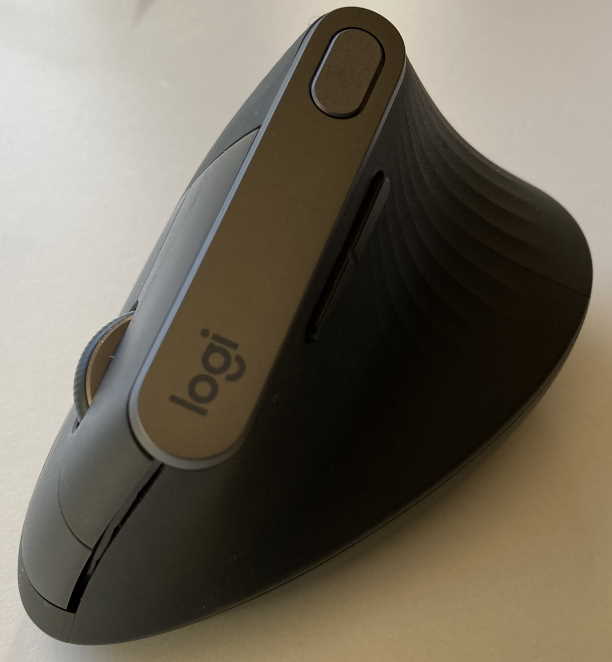 One feature I didn’t consider initially but do make use of now is that you can pair it to up to 3 computers and toggle between them via a small button on the base. In my day job, I may have a customer laptop in addition to my regular laptop. While I might use a tool like Mouse Without Borders to share a keyboard and mouse between the two, if I just want to use one laptop it’s a quick button press to use the mouse with that device. 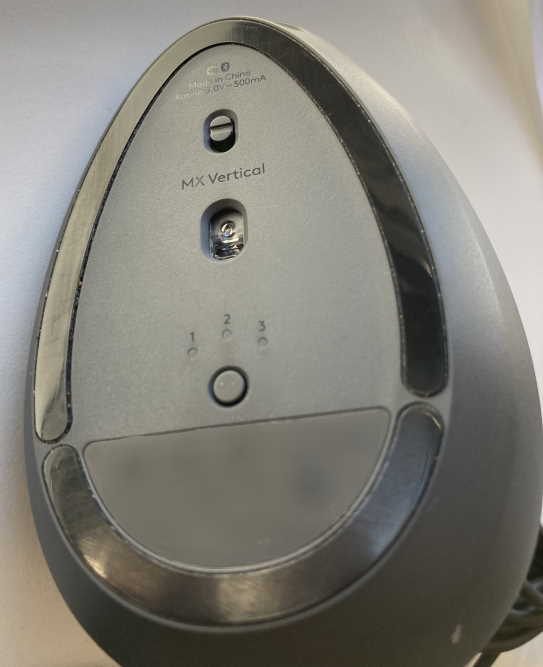 The mouse has a USB-C port that is used for charging as well as making the mouse usable as a USB mouse if you didn’t want to use Bluetooth. It seems to hold a charge for quite a few weeks if not months - probably depends on your usage.

You can pair the mouse with Windows and it just works. Optionally you can install Logitech software which lets you customise how the different buttons work.

I’ve been using the mouse now for a few months and have grown to really like it. I’m pleased that the discomfort in my hand has reduced.