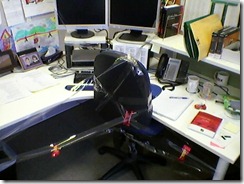 That's something we've particularly enjoyed over the last few months – Jo (one of the testers in our team) has most generously taken it upon herself to be the "filler of the lolly bowl". 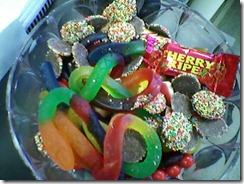 
View Woodside to Goolwa in a larger map

This year was different for a number of reasons – most significantly it was the first year that BicycleSA weren't responsible for organising the ride, and boy was that obvious (in a bad way).

First of all, there was the jersey size debacle. There appear to have been hundreds of complaints already that the same "size" is way larger than last year. 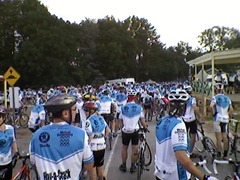 Strathalbyn was the major drink and food stop.. except there was no food! Poor planning. It should have all been delivered by the night before. Apparently it did turn up later in the morning – but too late for us and the hundreds of others who'd already been and gone.

Here's a few photos from the end of the day: 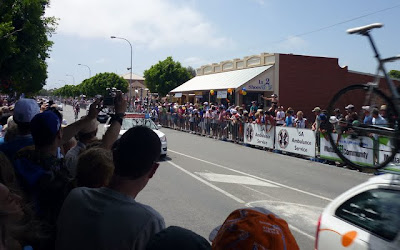 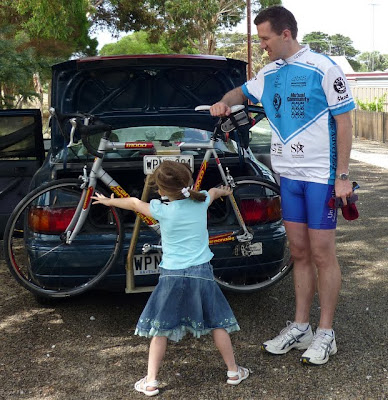 That's my new bike by the way. You may recall my old bike met with a slight accident after last year's event. 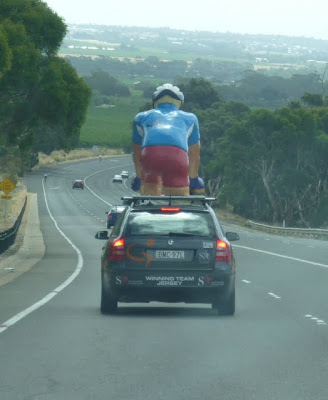 I think a laptop might be a useful tool. For the last couple of CodeCampSA events, I've borrowed my Mum's Toshiba. It's quite a nice machine, but I don't think she'd be too keen on lending it to me all the time! I don't know much about various models, but if I could manage to fit an SSD into the budget then I hear that can make a big difference.

For a while now I've also wanted to get up to speed with Hyper-V. The only thing preventing me has been access to suitable hardware. When Ben (the Virtual PC Guy) published the specs of the server he runs at home my eyes lit up, as it seems pretty similar to what I would like to achieve. Specifically

Finally if there was any room left in the budget, I'd really like to upgrade my main desktop machine too – it must be a joy to develop on machine like Scott Hanselman's.

Christmas has always been a special time for me, and now it's also special for the kids too.
This year my sister generously bought me a new car… 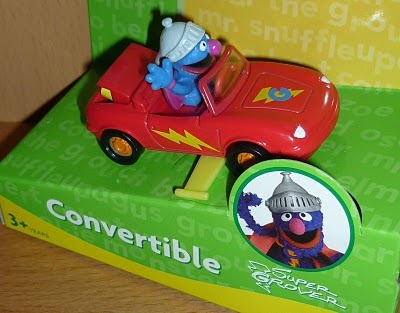 Pretty neat huh?
Carson got given this electronic robot. 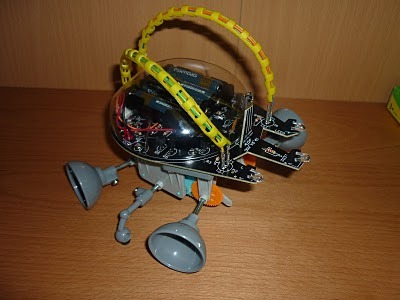 It came as a kit, which meant I had to pull out my trusty old soldering iron and solder all the components onto the PCB then assembly all the gearbox bits. I seem to recall my success rate for soldering electronic kits wasn't very good, but I'm pleased to report I managed to get this one working first time. Probably a good thing as I would have no idea how to fix it if it hadn't worked!
When you turn it on, it runs around the floor, and changes direction when the IR sensors detect an object in the way.
Merry Christmas and a Happy New Year to everyone.

Here's an interesting use of SciTech's .NET Memory Profiler – watching how objects are handled by the .NET CLR garbage collector.

.NET Memory Profiler can generate a real-time graph of memory allocations. I've instrumented the sample code using SciTech's API to add comments to the graph so you can match the code execution path against the X axis (time). The object instance count is mapped to the Y axis. 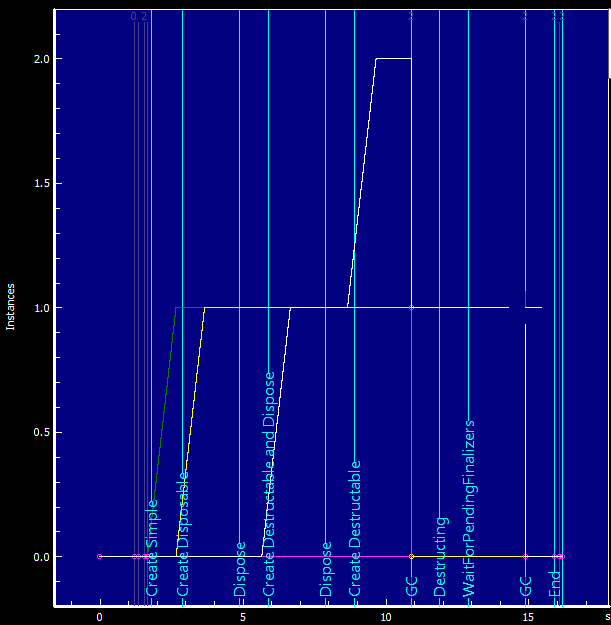 See how 2 instances of the "Destructable" class existed around the 10 second mark – then one was released at the first GC, then the 2nd (which has the destructor) is only released after the 2nd GC.