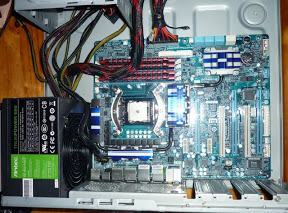 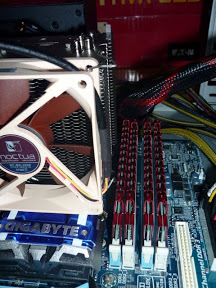 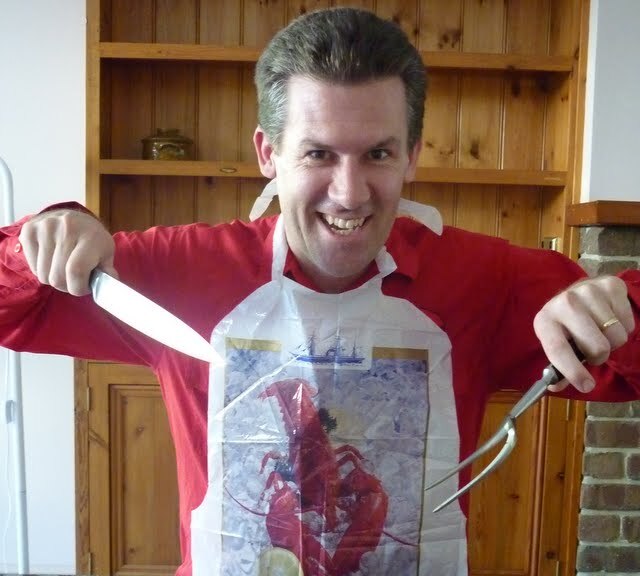 I’ve come up with the following list of components that should make a decent server using Hyper-V to experiment with various versions of SQL Server, Windows Server and also run Windows Home Server:

Most parts I’m planning to get from MSY with the exception of the SDD and UPS which I’ll get from MATS Systems. I’ve seen comments that while MSY sell a cheaper SSD, the Indilinx-based drives (such the A-RAM) perform much better. The video card is the cheapest I can find, as it will be hardly ever used (there isn’t any on-board video on the motherboard). The i7-860 has 4 cores and 8 threads. It uses the 1156pin packaging and seems to be reasonable value if you don’t want to step up to the 1366pin 950/970 chips (which then require more expensive motherboards and RAM). I’m thinking that a UPS might be a helpful addition to ensure this machine gets treated well as far as the power supply goes. The motherboard has plenty of USB and SATA connections so should offer room for future storage expansion. I may end up throwing in some of my existing older/slower drives into this machine so that the Home Server can make use of them too. I’d appreciate any suggestions/comments too.

On one of our excursions around the island we happened to stop at Fisherman’s Wharf Lobster Suppers. As you can see, they supply a practical (if not very fashionable) bib. To be honest, I probably got more out of the 60 foot salad bar than the lobster, not being a huge seafood fan, but it was an experience nonetheless.

“That’s nice Dave, but where’s this trip down memory lane leading?”, you say?

As Dean Hutton would respond, “I’m glad you asked!”

Well I’ve been offered the position of “Senior Consultant” with LobsterPot Solutions!

I’ll be working with Rob Farley and the rest of the LobsterPot team, providing consulting and training services around SQL Server and Business Intelligence. I also hope to bring my .NET application development experience to the mix.

I’m quite excited about this next step in my career. In some respects it seems like it will combine many of the best parts of some of my previous positions – the training and professional development support that I got working at UniSA, and the intellectual stimulation and enthusiasm of working with some seriously smart guys at Viterra/ABB Grain.

I start on Monday 15th February, so that gives me two weeks break – to do a few jobs around the house, take the kids to school, go for the odd bike ride, and do some more research on that Hyper-V server I’m planning to build.

Ten years ago, a crack IT-commando unit was sent to prison by a static code analyser for a bug they didn’t create. These men promptly escaped from a Triple-DES security stockade to the Adelaide underground. Today, still wanted by the government/higher education and private sectors, they survive as developers of fortune. If you have a software problem, if no one else can help, and if you can find them, maybe you can hire… The AoM-Team.

If I recall correctly, I wrote those words not that long after I started as a contract developer at ABB Grain around 18 months ago. This Friday the 29th is my last day contracting at what is now known as Viterra. Our team is finishing up as “the job is done”.

It has been an exciting and fulfilling adventure being part of the team that has created a software solution that has been so widely praised by the end-users. More often than not, IT project fail, but against the odds we managed to succeed in a big way. I’m proud to know that our work made a real difference to the staff who have just worked through one of the biggest grain harvests in recent history.

Without doubt THE highlight has been working with a group of awesome colleagues – my fellow “AoM Team” members:

“So what’s next?”, I hear you ask? Well while it isn’t a secret, I’m going to make you wait until my next blog post to tell you!