Twitter has been going through a great upheaval over the last few weeks, with a new owner and now 50% less staff. Hopefully, it can survive this difficult time, but just to put an egg in another basket, I’ve created an account over at Mastodon.

My account is https://mastodon.online/@DavidRGardiner, which can also be represented as @[email protected]

Mastodon is kind of like Twitter, but kind of isn’t. The most obvious difference is that it is distributed. In fact, in many ways thinking about it like email (where there are lots of email hosts that all talk to each other) rather than a single centralized, commercial social media company like Twitter, can be helpful. The account names even have an ‘email address’ look about them.

I could go into more detail, but there’s already a great introduction over at https://github.com/joyeusenoelle/GuideToMastodon/#an-increasingly-less-brief-guide-to-mastodon

I’m not sure if I’ll stay on the mastodon.online server. I’ve noticed quite a few Australian folks are choosing aus.social, though probably because of that, the server is struggling a bit under load. The nice thing is that it is possible to move your account between servers and I believe it redirects everything to your new location.

If you’re thinking of signing up, you might like to use instances.social to help you choose the best server for you. I only found out about this today, otherwise I might have used it myself! Having said that, I don’t see aus.social on it, so I’m not sure how comprehensive it is.

There’s no ‘blue tick’ in Mastodon, but you can verify that a website you’ve added to your account profile is actually owned by you by adding a rel=me link. I’ve done this to my blog in a couple of ways:

Mastodon recognises the rel=me and shows a tick when you view my profile: 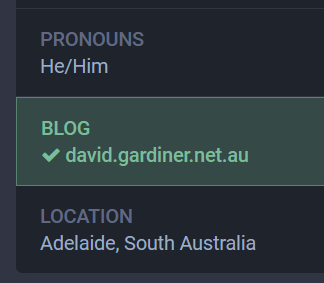 I was never verified on Twitter (I’m not that important, so wasn’t really bothered!), and am unlikely to pay for the privilege, given it sounds like Twitter will be charging for that going forward.

Finding people on Mastodon is complicated by the fact that if they’re not on the same server as you, there’s no built-in way to figure out where they are. The best you can do is by looking at the profiles of people you do know, and see who they are following, but that only gets you so far.

There are a couple of free services that I’ve utilised that can help with this:

Head over to Twitodon and sign in with your Twitter and Mastodon accounts. Moa keeps a record of other users who have already done this and then lets you download a CSV of any Mastodon users it knows about that are in your list of Twitter following.

You can go back later to see if any new folks have signed in to Twitodon that you know.

Fedifinder will search all your Twitter following and looks for specific text in their profiles that is likely to be a Mastodon account. To make this work so that others can find me, I added my Mastodon account to my Twitter profile.

I really hope Twitter hangs in there. You can keep a foot in each camp with a ‘bridge’ like Moa. I’ve set it up so anything I post to Twitter will be also posted to Mastodon. I’ve chosen not to enable the reverse. 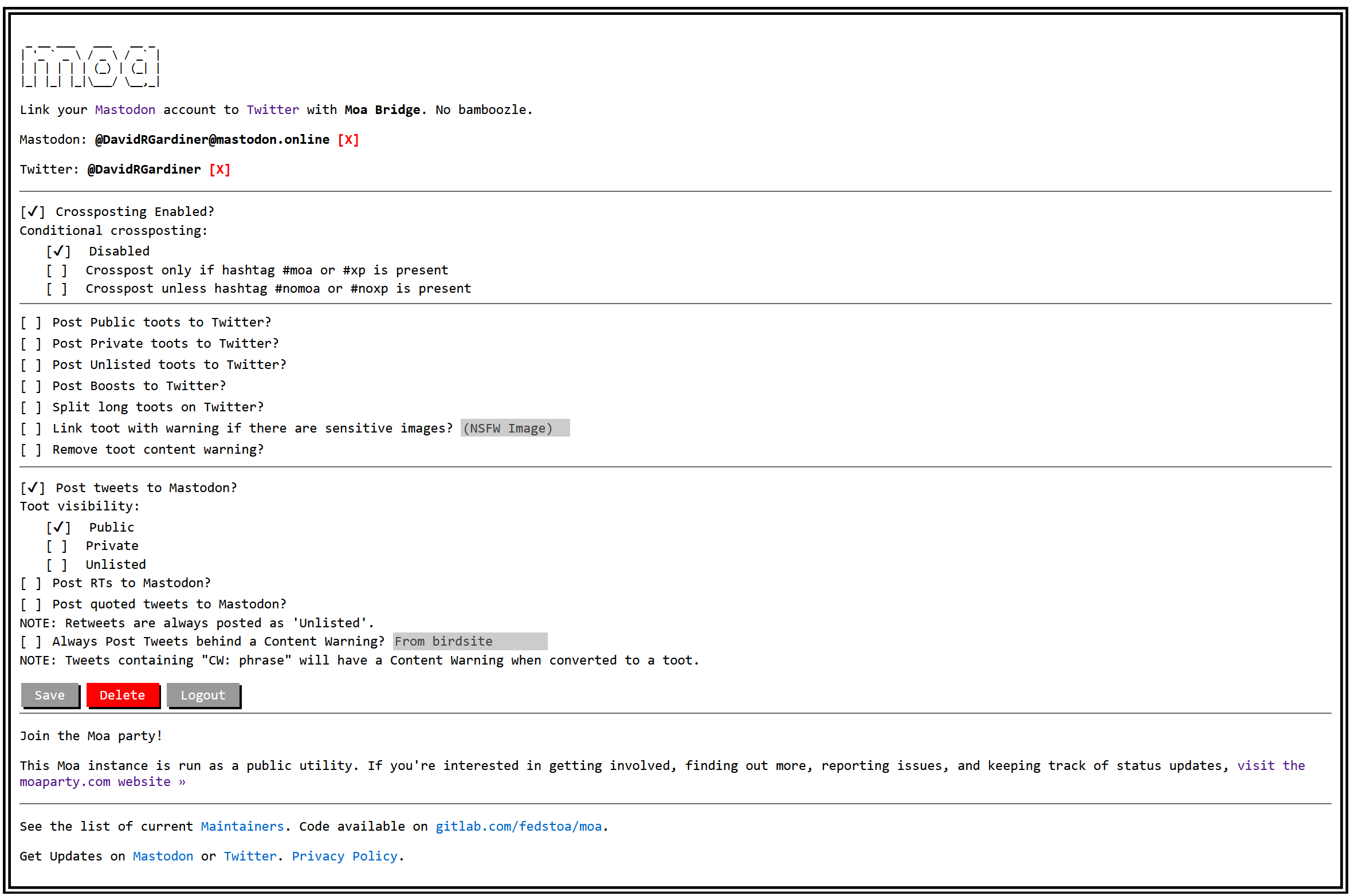 So as long as Twitter remains useful I’ll stick with it, but I’m now also on Mastodon and I’m curious to see how this alternate social media site pans out. Maybe I’ll see you there!