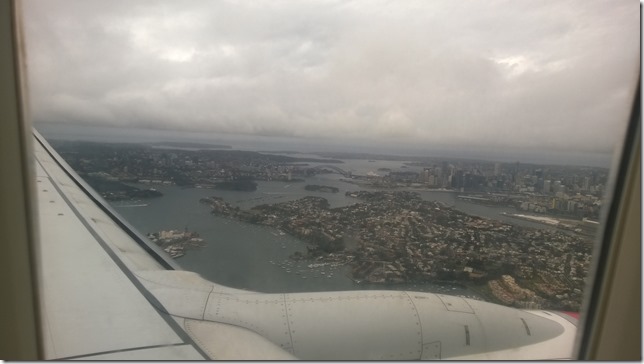 It’s Tuesday, so off to NDC Sydney conference. I must say 11am is a very sensible time to fly from Adelaide to Sydney. Makes a nice change from 6am flights! 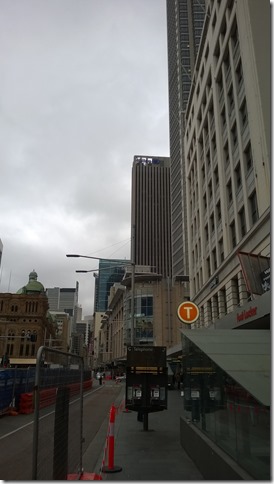 I’m attending NDC as a volunteer crew member, but it turns out the organisers were extra-pleased to see me, as they’d forgotten that I was coming, and were actually short of helpers. Phew, glad that worked out well.

NDC is being held at the Sydney Hilton. I’ve actually been here many years ago attending a SharePoint conference. I wasn’t originally going to stay here on-site, but my employer (RL Solutions) encouraged me to do so and I’m really glad I did. It is super convenient to just be able to “pop upstairs” to my room.

I started right away, helping out with the registration desk for the NDC Sydney Code Club, an evening of workshops for kids aged 7-16. It was great to see some of the conference speakers had brought their families over to Australia and so their kids got a chance to participate, as well as a bunch of Sydney school kids. As a bonus, they had Scott Hanselman as their keynote speaker. I’m pleased to report the kids enjoyed Scott just as much as the adults will at the rest of the conference. Scott was entertaining and informative. I could hear lots of laughter coming from the room. After Scott’s welcome keynote, there were a number of workshops the kids participated in, including IoT, Minecraft and other fun stuff.

Here’s photo of Scott enjoying the perks of working for Microsoft (well I think that’s what he said!) from his welcome talk to the kids: 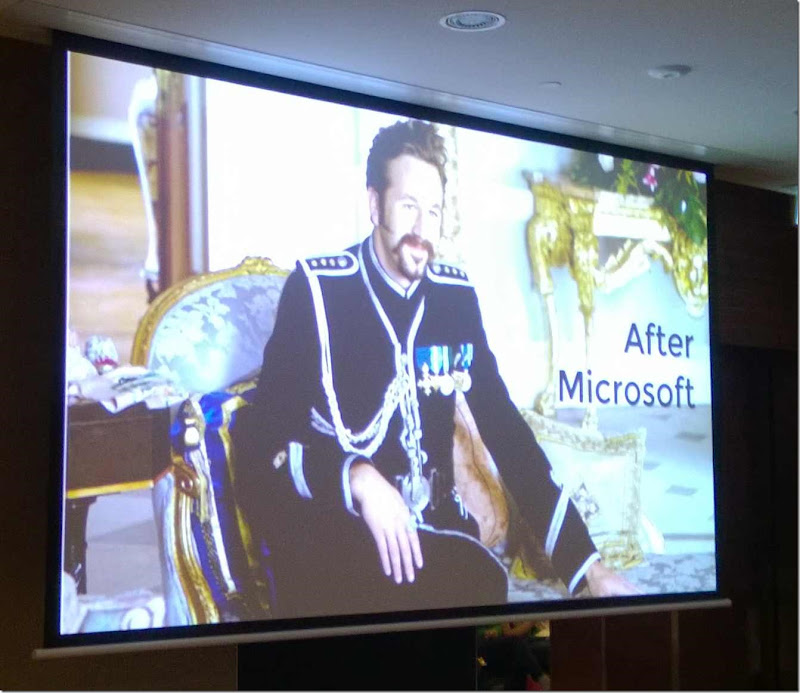 If you upgrade to the latest beta release of one of the Roslyn compiler analyzer packages, you might notice they fail with an error like this:

The solution wasn’t immediately obvious to me, but I eventually tracked down this comment on a Github issue. According to the comment, the analyzers are using an API that needs to be enabled through configuration. To do this, you need open up the .csproj file and add a new property as a child of the first PropertyGroup element like this:

Or if you have lots of projects, run this PowerShell script to update them all:

I’m working on a new Visual Studio extension and I wanted to include some automatic analytics/crash reporting. Previously I would have looked at Visual Studio Application Insights, but over the last few months Microsoft have been transitioning developers of mobile and desktop apps to use their HockeyApp platform.

Assuming you’ve signed up for HockeyApp (or as in my case, had an existing Insights app on Azure that was migrated over to HockeyApp), you are ready to start using HockeyApp.

There is a choice of NuGet packages to choose from, depending on the kind of application you’re building. Nothing specifically for a Visual Studio extension, so the next best fit seemed to be HockeySDK.WPF. After all, Visual Studio has WPF in it, so that should work, right?

Not quite. The WPF package really assumes that you’ve got your own complete WPF application, not just an extension assembly being hosted in another application.

I encountered a couple of issues.

The HockeyClient.Current property exposes an IHockeyClient interface. Browsing through the methods exposed on this interface I noticed TrackException. Perfect, I’ll use that in a few strategic try/catch blocks in the application. Just to test things, I added a throw new InvalidOperationException().

Running the extension under the debugger gave a surprise – I was getting a KeyNotFoundException being thrown from inside that TrackException method call!

A request for help from the HockeyApp forums pointed me in the right direction. There’s a WPF sample on GitHub. Reviewing the source code there revealed that they’re using a HandleException method which exists on HockeyClient, but not on IHockeyClient. Ok, let’s use that then, and we’re all good right?

This time, I was getting another exception being thrown inside the HockeyPlatformHelperWPF.AppVersion property getter. The SDK itself is also on GitHub, I had a look at the property body. Curiously most of it was already in a try/catch, so I suspected the part not working was in the actual catch block:

Again, because we’re being hosted in another app, the code isn’t finding things as it was expecting. Fortunately it turns out that this code is only run if a field is null, otherwise it just uses the existing cached field value. Unfortunately there isn’t a public setter for that field, so reflection is the only option. Yes, it’s a bit dirty, but it gets the job done.

I added this code directly after I called HockeyClient.Current.Configure():

This code almost completely replicates the functionality found in the `HockeyClient.PrefilledCrashLogInfo` property, with the exception (ha ha) of the value assigned to `Version`. Because this code is now part of our extension assembly, I just use `GetExecutingAssembly()` instead of `GetCallingAssembly()`.

With these changes made, I’m pleased to report that my InvalidOperationException was properly reported and now appears in HockeyApp. Even nicer, because I configured HockeyApp to talk to GitHub, it automatically created an issue in my extension’s GitHub repository.