I started working from home back on March 16th, so it’s been around 14 weeks since I’ve worked in our office in Adelaide CBD.

My normal weekday routine is getting up (usually earlier than I’d prefer), breakfast, shower and some stretches and exercises. The exercises were given to me by the physiotherapist after I injured my back last year playing basketball. While I haven’t returned to playing competitively, I figure it’s worth it for my own health to keep them up. A friend on Facebook was challenging folks to try and do 30 push ups a day for 30 days. I usually ignore these kinds of things (and don’t repost them), but in this case I figured it was worth adding to my list. I’ve slowly been building up and hope to keep doing it for the long term. 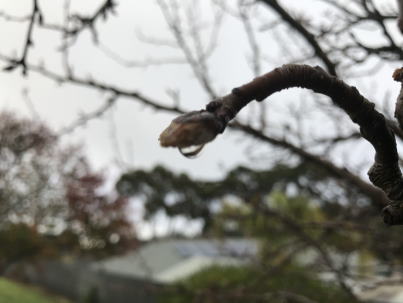 Around the time of the school run (or a bit before) I head out for a morning walk. Most days I’ve been doing a 5km loop around the neighbourhood (weather permitting), which takes around 60 minutes. It takes the place of my walk to the bus and commute into town that I would previously have done. A great chance to get some fresh air and get the blood circulating, listen to podcasts (Daily Audio Bible followed by various technical podcasts), and prepare for the day ahead. 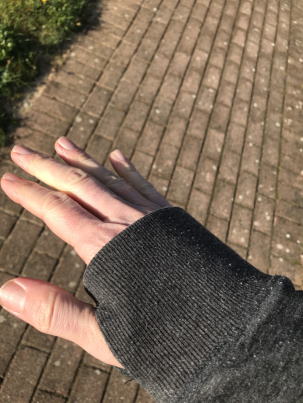 The mornings can be chilly when I’m out walking, so my pullover with these sleeves that let you put your thumb through the collar are handy. I originally thought the hole was a defect, but later I realised it was intended all along and is a handy feature!

Work follows mostly business hours, though a few weeks ago we did have a number of evening conference calls and training sessions. That is an ongoing challenge working for a global company - finding a time that’s convenient for most people to attend. 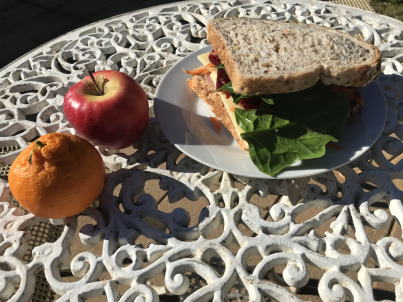 I usually take my own lunch to work, but it is extra nice to be able to put a bit of extra effort into a homemade sandwich! Yes, that fruit is home grown too.

Being able to focus with less interruptions is a big bonus. I can also choose to put some background music on. Double J Radio is my station of choice.

Wrap up the work day around 5-6pm and then see what’s happening with the rest of the family. It is nice to be home when they all get home from school. Sometimes there’s some hot chips as an after-school treat so it’s nice to be around to enjoy that!

There’s been some discussions about returning to the office in the future. South Australia has had a total of 440 cases of COVID (with just 4 deaths) and no new cases in the last 4 weeks which is very encouraging.

I’m in no particular rush though. I’ve generally enjoyed my time working at home. I don’t miss the 2 hours I was spending commuting each day. I feel like I think I’d like to keep doing it going forward (maybe going in to the office 1 day a week)

I recently created a Roslyn Code Analyzer project in Visual Studio 2019 16.6, but discovered that the package references used by the template aren’t suitable if you need the analyzer to run against older projects.

So I spun up an instance of Visual Studio 2017 (on an Azure VM) to compare the projects.

Here’s the analyzer csproj (after I did minor package updates)

and the test csproj

The older test project also contains helper and verifier classes (the equivalent of these have moved to Nuget packages in 2019 templates).

The older projects still compile and work in 2019. Obviously if you’re using a newer C# language / SDK version then using the newer template is preferred.

If you’re looking for a nice overview of analyzers, you might want to check out the recording of Jason Bock’s presentation ‘Using the Compiler API in Real World Scenarios’

I’ve noticed some interesting variations in build times on Azure Pipelines related to using Docker to build and/or run containers. I tracked down the issue to excessive time downloading docker images, so I started investigating whether there’s ways to cache or optimise the docker pull steps.

So what to do?

First off, if you can run your own build agent you’re probably not going to see these problems. Having a dedicated agent means that Docker caches all images locally and can reuse them for subsequent build jobs. That’s issue with Microsoft-hosted agents - you get a brand new agent for each job - there’s no possibility to persist any changes, so the value of Docker’s image caching is reduced.

First off I did some research into whether the Cache Task could be used as a way to more efficiently restore the Docker image cache. I think the answer is probably ‘no’. I’ve started using this task for another build involving NuGet packages, and in that case it makes the dotnet restore step much faster, but I think the problem with Docker is the files are stored in various places, so trying to cache C:\ProgramData\Docker\image\windowsfilter\layerdb\sha256 and/or C:\ProgramData\Docker\windowsfilter didn’t seem to have any effect.

There’s a GitHub issue with some discussion about using docker save/load and I can confirm the comments on the issue that this did not make things faster (in fact it made things slower).

Here’s an example - a pipeline that’s saving 4.8-windowsservercore-ltsc2019 in the cache.

So yes, the second build was faster, but both of these are way slower than a build that had no caching at all (cf just the first docker pull at 00:08:04). So that’s no help.

The issue also mentions using buildctl, which is part of BuildKit. The trouble is I’m working with Windows Containers and BuildKit currently supported with those. If you’re working with Linux containers, this does sound promising.

Existing images on the agent

It occurred to me that shouldn’t Docker be making use of some existing images that are shipped on the hosted agent. The software and tools pre-installed on each agent is documented. For example, the Windows 2019 agent. This is not a static list, the agents will be updated over time as patches and updates are issued for both the OS and applications.

You can see the list of pre-installed images listed, or just to confirm, you can run docker images --digests in a pipeline step to confirm. Here’s the output I got which matches the documentation.

Out of curiosity, I added a docker pull mcr.microsoft.com/dotnet/framework/aspnet:4.8-windowsservercore-ltsc2019 step to the pipeline. Now that should be super-quick as you can see that image is already cached. But it wasn’t! It too almost 8 minutes.

I then took a look at the Docker Hub page for ASP.NET. It lists the same tag, though interestingly the ‘last modified’ date was 19th of May (4 days ago). Compare that with the docker images list above - it says ‘9 days ago’ - and on closer examination the sha256 values are different too!

So I’m pretty sure that’s the problem - there’s a lag between when a new image is published on Docker Hub and when that image will be included in the current hosted agent VM.

One other thing to watch out for. Notice that the one of the images listed on the agent is mcr.microsoft.com/windows/servercore:ltsc2019? There’s different ‘architecture’ options for container images. For Windows Containers, these are usualy either ‘multiarch’ or ‘amd64’. For example see both listed for Windows Server Core. The trap is that these are two different images. If you specify the ltsc2019-amd64 tag, that won’t match the image on the agent.

So that seems like a reasonable hypothesis. Because we’re either explictly doing a docker pull or we’re depending on images that were built with a different version of the base image, we’re experiencing a cache miss and paying the penalty by needing to download an entirely new image.

I think the problem can be managed by ensuring that images are built against the current base images on the agent. If you’re building images in different pipelines and then storing those in a private registry (Azure Container Registry for example), then you’re probably going to need to refresh those as soon as the agent images are updated.

Following the releases in the GitHub Actions virtual-environments repo appears to be the easiest way to know when the agent software is changing. Yes, GitHub Actions and Azure Pipelines share the same agent configurations.

If you really need to fix on a version, don’t just rely on the tags - you’re best bet then is to reference the sha256. That way there’s no abiguity. But be aware you’ll more than likely end up referring to an image that isn’t cached. In that case if build time matters, then using a self-hosted agent is probably the best strategy.

I’m using WSL2 to manage my blog, but I noticed each time I went to run git push it was asking for my credentials again. Why wasn’t it remembering from last time? Turns out there’s ways of storing git credentials, but even better, you can share the credentials you aleady have in Windows.

As outlined in this Stack Overflow answer, assuming you have Git Credential Manager installed in Windows (and you probably do with a recent install of the Git command line tools), then run this in WSL2:

Note the extra escape to handle the space in Program Files. With that set, git push just worked.

Microsoft Build 2020 started early this morning. I’ve never had the opportunity to attend the US Build conference in person, so the fact that this year they’re running it as a virtual conference for free is awesome! Here’s a few of the highlights and announcements that have stood out to me so far:

It’s going to be a challenge getting my regular work done as well as keeping an eye on all the sessions that are running today and tomorrow. Fortunately, sessions that I miss will be up on Channel 9 to watch at a more convenient time.