Error message of the day – "Something has went wrong"

And I think I was probably the one who was responsible – a bit said for someone who normally does take the time to correct grammar and spelling errors :-)

Thankfully not something end-users get to see, but it does seem quite appropriate for an error (in an ironic kind of way). 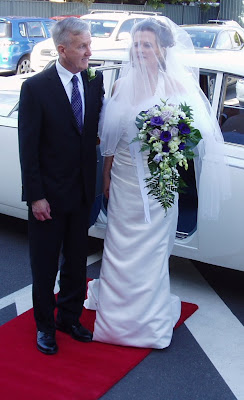 It’s not every day that your sister gets married, but it was yesterday!

My sister Fiona married her fiancé David Meier at The Corner Uniting Church.

The service was lovely and it was great to see lot of family and friends there. Following an afternoon tea at the church, we joined the bridal party for photos, then after leaving the kids with a babysitter headed off to the reception at Belair Park Country Club (situated in the grounds of Belair National Park).

The reception was very enjoyable, with musical entertainment provided by Heidy De Ruyter. Some really good speeches were given by the best man, bridesmaids and both fathers of the groom and bride. 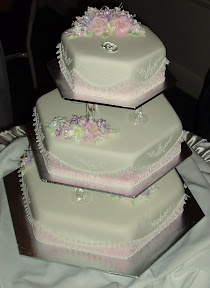 My mum (the mother of the bride) came out of retirement to make possibly her last wedding cake, and she did a fantastic job.

Sometime you hear of weddings that don’t go to plan, have awkward moments or end up with the bride (and others) distressed and embarrassed. Maybe you’ve even attended one? I’m pleased to report that yesterday it was nothing like that! Everyone (especially the bride and groom) had a great time, enjoyed themselves immensely and went home knowing that David and Fiona are going to be very happy together. 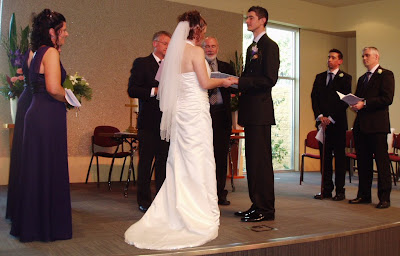 Fiona and David chose Meg Hansen as their professional photographer (I took the ones you see here!) and Pete Dobré as videographer (who when he’s not videoing wedding can be found taking spectacular photos of Australian landscapes)

I could keep dropping hints waiting for CodeCampSA to get its own site – or I could just go ahead and create it myself!

So, I’m please to announce www.codecampsa.com – the new home of Adelaide’s own .NET Code Camp.

So let’s get the word out amongst Adelaide’s .NET community. Pass the word to your colleagues and developer friends. Tell any higher education or training organisations – what a great way for students to network and make contacts in the industry!

If the name “CodeCamp” puts people off, feel free to call it a “.NET Conference”! In fact call it what ever you like to get people to come along, because once they’re in the door I’m confident they’ll be glad they came.

According to an email from ADNUG’s Peter Griffith, Adelaide’s CodeCampSA 2009 will be held on July 18-19th. As in previous years, it will be at UniSA.

I’ve offered to do a talk about Pex. I wouldn’t be surprised to see WPF guru Nigel popping up on the speaker list, and I’ve encouraged Ben and Timothy to think about whether they’d be interested in speaking too.

I still think having a CodeCampSA website would be a great help for promoting the event too.

Once upon a time, I’d installed the 180-day trial version of SQL Server 2008, and prior to that I’d been running the last CTP.

The expiry time was fast approaching, and I also needed to install the Integration Services components so I figured it might be time to uninstall the trial version and install the proper licensed one instead. The main reason I’d been putting this off was I knew it was going to take a few hours of uninstall/reinstall.

So I uninstalled everything in Add/Remove Programs that looked vaguely related to SQL Server, rebooted, then installed a fresh version….

Hmm.. In desperation I then uninstalled everything vaguely related to Visual Studio 2008, and then tried again…

It was only then that I found this post in which I discovered that no, SQL_PreRelease really means RTM!

Oh well, I guess it means my Visual Studio and SQL installs are fresher, but a bit of a pain nonetheless.