While the official Canada Day might 1st July, last Wednesday was the next best thing

It was my birthday, and I got given the new Serena Ryder CD - “If your memory serves you well”.

She’s a young Canadian singer that first came to my attention while watching RocKiz on the motel tv at Wagga Wagga while attending CodeCamp last month. I’ve never seen the show before as our SBS reception is virtually non-existant at home (lots of snow!). Anyway, she not only had a very good knowledge of music trivia, but has a really nice voice. 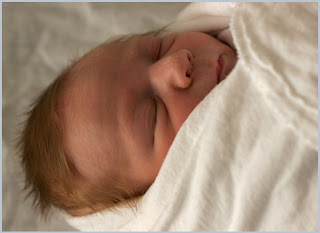 The other Canadian event was the birth of my cousin Toby’s son Tiernan (technically this was on the 17th, but I’m sure we can work something out with timezones!). Toby and his wife Jen live in Canada, and this is their first child. Congratulations to all concerned.

Looks like Beta 1 of Orcas is out. Here are the links.

Roger let us know yesterday that he’ll be leaving UniSA at the end of this month, and will be starting a new job at Oconics.

We’ll really miss him, but hopefully we’ll still see him at SQLSIG meetings (assuming he doesn’t end up in Dubai!)

Following on from last week’s pleasant news, I stumbled across the fact that I’ve also passed the Microsoft Team Foundation Server: Configuration and Development exam!

So I’m now a Microsoft Certified Technology Specialist for SharePoint and Team Foundation Server. Time to add another image to my blog template.

I just found out I passed Microsoft Windows® SharePoint® Services 3.0 - Application Development, which I took in December.

Ironically, I found out from a message from my wife - they’d sent an old-fashioned letter in the mail. Not sure why they wouldn’t just send an email to me :-)