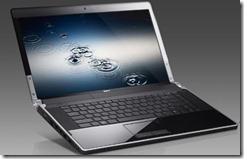 Today I needed to get a PowerShell script scheduled as a task in SQL Agent for SQL Server 2005. SQL 2008 natively supports running PowerShell, but all 2005 can do is run either T-SQL or CmdExec.

My first approach was to copy the path of the PowerShell executable from the start menu shortcut  - "%SystemRoot%\system32\WindowsPowerShell\v1.0\powershell.exe"

That refused to work giving a really helpful "The step failed" error message.

Trying a few variations I eventually figured out that CmdExec does not expand environment variables. So either rely on the fact that PowerShell.exe is probably in the path, or specify the full path. My working version is:

If you need PowerShell to talk to Analysis Services, then Darren Gosbell's powerSSAS (with versions for SSAS 2005 and 2008) might be useful too.

Some updates on options for online backup of Windows Home Server:

Rob Farley on Talking Shop Down Under

LobsterPot Solutions' very own Rob Farley is this week's guest on the Talking Shop Down Under podcast!

Since my last post about podcasts I'm listening to, I've now added the following to my collection:

Usually the meetings are at lunchtime, but the group were asked to move to the evening timeslot this month (something about a Windows Phone 7 series talk). The other difference was that we got KFC supplied for supper.

Adam stepped through the features of PerformancePoint 2010 and showed some of the new additions. Probably the most significant is that it ceases to be a separate (expensive) product and now will ship as part of SharePoint Server 2010.

It was an entertaining evening, with a lively discussion between Adam and the audience. At the end of the night I think it's fair to say we'd all learned a lot (even Adam!)