For instance at last week’s Adelaide SQL User Group, as part of Dan Grecu’s talk on how he manages his SQL Server infrastructure, he showed a script that uses typeperf.exe. That was new to me, even though it’s been around since at least Windows NT 4.0. It records the values of specified performance counters to the command window or a file.

Then this morning on the bus I was listening to RunAs Radio episode 101, where Alan Sugano mentioned SCSI, SATA and SAS. I’d heard of the first two, but not the third. Fortunately Richard asked Alan to define them. So SAS uses SCSI but rather than having 8 or 16 devices all sharing the same bus, each device is on its own connection, so they don’t have to wait their turn to send or receive data. For this reason it sounds like it’s becoming quite popular, particularly for servers.

My parents actually noticed this photo on the front cover of the “Belair line renewal” brochure (PDF), and then my son happened to notice the brochure and asked “Why are you in this photo Dad?”

Have a close look at the tallish guy closest to the left of the train. Yes, I reckon that might be me! You may recall, as a regular train commuter this isn’t my first brush with fame. Moving to ABB Grain (who are on South Tce) I did stick with the Belair train for a while (hopping off at Unley Park station to transfer to a bus down King William Rd), but then realised that the 218 bus is generally quicker.

The Belair line is being fixed up this year, however it’s the only line that isn’t being electrified, which is just ridiculous. I’ve heard that “it’s tricky because the Belair line runs next to an existing freight line and also goes through some tunnels”. Give me a break! These are simple engineering problems that can easily be solved.

The Belair line has never been the same since the government sold off one of the lines to become a standard-gauge freight line. Reducing it to a single track has meant that trains now need to wait on sidings to pass each other, and as a consequence the trains virtually never run on time.

What I would love to see is they fix up the line, electrify and standardise the gauge and lease back the other line so that services could finally return to normal. That seems sensible and logical to me, but I’m not going to hold my breath. 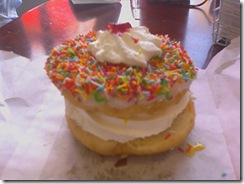