In it’s 2 and a bit year history, this is the first time I’ve ever seen Aussie Toilets listed as a featured app in the Windows Phone 8 Store! 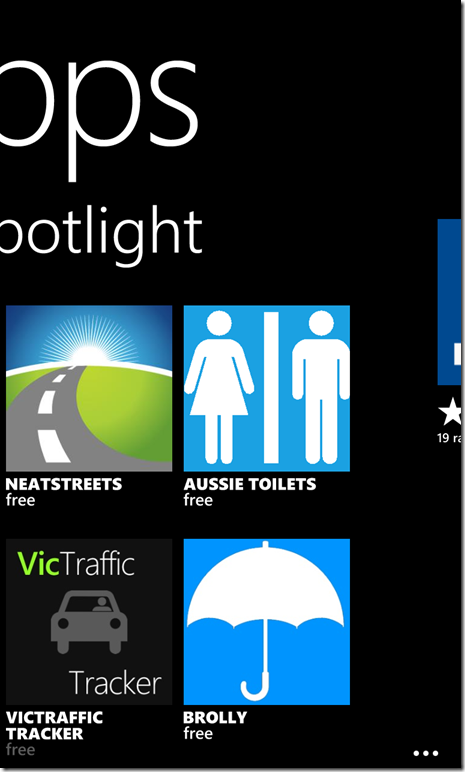 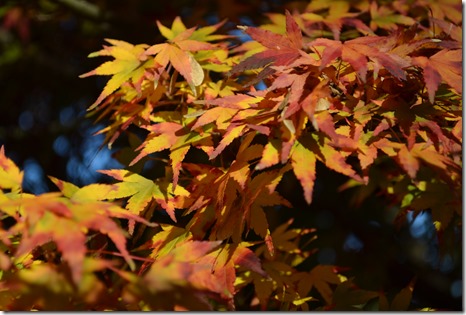 It’s getting cold in Adelaide – the middle of June, and the leaves are turning yellow and red on some of the trees in our garden. The jonquils are blooming, and the daffodils won’t be far behind. 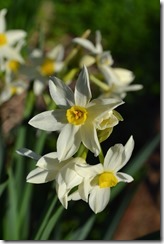 We’ve got a great crop of mandarins and lemonades. Been enjoying the mandies with lunches and juiced a couple of bucket loads of lemonades already. 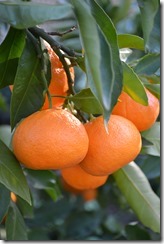 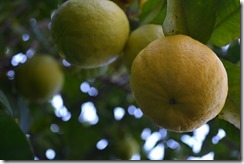 The tangello has a few more fruit this year, and the new lime tree also has a couple already (though it obviously isn’t liking the cold as it’s lost most of it’s leaves. I hope they grow back in spring). 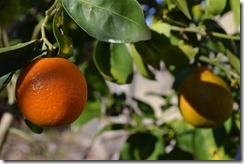 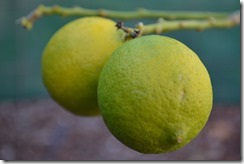 It’s been pretty wet the last few weeks, so there’s some interesting mushrooms growing in the garden mulch 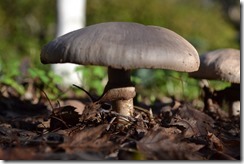 Lean from the Trenches by Henrik Kniberg

I was introduced to “Lean Thinking” by my friend Jane, who’s been involved in applying the “Toyota Production System” principles in a major public hospital setting (not the first place you’d think of finding something that was created by a car manufacturer). After learning about Lean and considering that it seemed to have some overlap with the Agile software development processes that have become more popular in the last 10 years, I then discovered the work of Tom and Mary Poppendieck who had published Lean Software Development: An Agile Toolkit, the first of 3 books on the subject.

Reading their work is still on my ‘to do’ list, but it was while I was reviewing their recommended reading list that I decided to purchase Kniberg’s book.

Lean from the Trenches

is an fascinating case study in applying Lean and Kanban to the development of a software application for the Swedish Police. Kniberg worked as a coach part-time on the project for about 7 months before publishing this book. As I understand it, this was a ‘greenfield’ application (which might explain how they could do the 30 bug limit).

I found this book very interesting. In particular, the following stood out for me:

I’m most familiar with Scrum, so there was a reasonable amount of familiarity with some of their practises. The focus on the Kanban board was interesting. I do like the fact that it is so visible. Kniberg feels having a physical board is important, though I wonder how that would work if he had to manage distributed teams.

In summary, a great read with some thought-provoking ideas.

I went to fire up Remote Desktop on my home PC on Wednesday and was greeted with this unusual error:

“The procedure entry point  could not be located in the dynamic link library C:\windows\System32\WINMM.dll”

(Yes, there’s an extra space between ‘point’ and ‘could’ – I think that’s where the name of the entry point would normally be displayed). Taking a screenshot was quite tricky as even Paint refused to start, but I managed to get the Snipping Tool to save a .png (despite a few error along the way)

Very odd, as I had used RDP a few days earlier, and most other things still worked fine (launching IE etc).

This is not looking good. I could use the Refresh option but the downside of that is that you need to reinstall all your non Store apps. So I thought I’d try some of the other options before resorting to this.

First up, I brought up the Advanced Startup Options menu by Choosing ‘Restart’ and hold down ‘Shift’ key.

But that failed with:

Error 0x800f0906 The source files could not be downloaded

This might be because this PC uses a Wireless USB NIC which doesn’t get enabled when running in safe mode?

I then mounted the Windows 8 .iso and re-ran DISM with /source:i:\sources\SxS option, but surprisingly that failed too.

Next, I found a network cable, and rebooted to Safe Mode with Networking, and ran DISM again.. but no luck

Then I tried sfc /scannow

This reported corruption that was it unable to repair.

I had a bit more success using the PowerShell cmdlet Repair-WindowsImage -RestoreHealth and using the -Sources argument to point it to the Windows folder on my laptop (I’d shared this folder). That seemed to update some of the SxS files, but didn’t fix the actual problem.

Back to the Advanced Startup Options to Choosing System Restore. I selected the restore item, but that failed because there was a problem with it!

Finally, I went back to the Advanced Startup Options and chose the Command Prompt option. This is the one that brings up the command prompt and sets the current directory to X:\Windows\System32. I decided to give SFC one more try, but this time using the offline options. I first ran diskpart and then “list volume”, which told me that the boot drive (the one with the name ‘System Reserved’ was C: and my Windows drive was E:.

This ran for about 10 minutes and then reported it had successfully fixed some corrupted files.

For good measure, I then ran a CHKDSK and then re-ran the SFC command. This time it reported not finding any errors.

Rebooting and FINALLY(!) it looks like everything is working ok again.

Now to make a good restore point and ensure I have better backups in place in case this happens again. Not sure what the cause was – I’ll have to keep an eye on the hardware incase it’s an SSD on the way out.

A nice feature of the Gigaset C610 IP phone that we use at home is that you can choose various information services to display on the handset, including during ‘screen saver’ mode. The default services include the normal news, sport and weather, but as I’ve noted before, the weather data these services use is invariably quite different to that published by the Australian Bureau of Meteorology (and invariably quite different to what I see out the window).

As it turns out these services are customisable. You can add your own RSS feeds in via a web interface. The BoM doesn’t provide such RSS feeds, and the only existing ones I could find were too detailed to be useful on a very small screen.

So I decided to find out what it would take to grab the forecast data from the BoM and massage it into an RSS feed suitable for displaying on a very compact display. I also thought it was a good chance to try out some shiny new things along the way. In particular ASP.NET Web API to produce the RSS feed and Windows Azure Websites to host the service.

The results of my efforts can be viewed at - http://gardiner-weather.azurewebsites.net. It’s a very basic landing page for the service which lists what areas of Australia are currently supported (eg. only those states for which the Bureau provides XML data). Did I mention it’s very basic?

The feed I’m using for my phone is this one - http://gardiner-weather.azurewebsites.net/api/forecast/SA/Adelaide

Now all we need to do is to glance at the handset and we’ll immediately know the latest weather forecast for today and tomorrow!