I wrote that on Facebook this afternoon after having returned from Eudunda where I had the honour and privilege of farewelling the father of a dear friend.

Max was a much loved husband, father and grand-father. It was great to see so many people come together today at his funeral to pay their respects and celebrate his life.

I did not know Max that well, but to hear the story of his life today, and see his legacy in his four daughters and their families was both moving and inspiring.

A man of faith and integrity.

It gives you pause to consider that when it’s your turn: 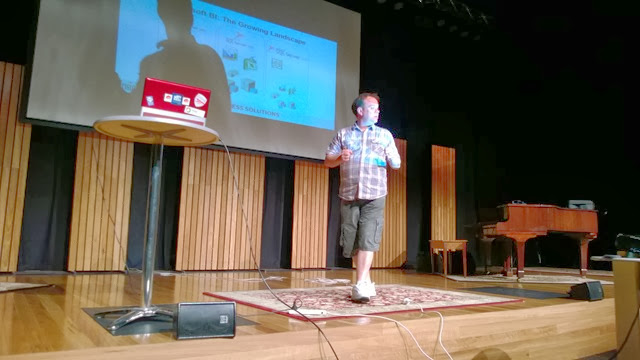 I was one of the few who braved the 39°C heat outside to hear Chris Testa-O’Neill (@ctesta_oneill) speak at this month’s Adelaide SQL Server User Group. Great to have Chris back in Adelaide again.

It proved to be a really interesting presentation about what BI tools are now available, and what tools are appropriate for what problems.

The talk concluded with a nice demonstration of setting up PowerPivot in Excel, highlighting what could be achieved by a business ‘power user’, and what areas they would require assistance from a BI expert.

We also met in a different room from normal which I think most people thought was a better space. Plus (as you may observe in the photo above), it has a grand piano – I’m sure we could find a use for that somehow!

I’ve been having trouble running the Team Foundation Server Best Practise Analyser (TfsBpa for short). It was failing with the following warning:

I noticed in the “Other Reports” section that it listed the following additional errors:

Hmm.. I wonder if it’s a problem related to PowerShell’s execution policy setting?

I ran the following in an elevated PowerShell prompt:

And that’s fixed it – now the BPA process runs as expected. Yay! 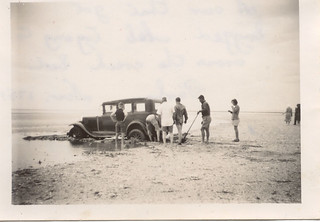 Something I still remember from my school days was one of my teachers telling me, “David, don’t be afraid to ask a question!”. Presumably I’d been struggling with a particular topic (possibly maths), and essentially they were encouraging me not to sit there “spinning my wheels”, but get some help to make sense of the problem.

That’s a lesson that’s just as applicable today as it was then. In software development, we are constantly solving problems. Some are easy, and some are hard. Some are easy but the hard bit is finding the bit that will be easy to fix.

Sometimes it’s just the act of getting a colleague to come and have a look that sheds light on the problem.

But not just in work. Only this week I was at a Church meeting, and people were asking some very deep, insightful questions. I however asked what some might call a “dumb” question (but one which I didn’t know the answer, hence why I asked).

After the meeting as I was leaving, a couple of people came up to me and said, “I was wondering the same thing, thanks for asking that!”.

Which is another great reason to ask questions, even if you think they’re dumb, as odds are someone else is wondering the same thing too.

What's waking up my computer at 3am?

I was working late last night, and when I was done, I chose ‘Hibernate’ when I was closing my laptop. This morning, I went to grab my laptop and noticed it was warm (with the lid down). Something had caused it to wake up, but what?

The system has returned from a low power state.

I remember previously having a similar problem caused by a scheduled task – so maybe it would be worth checking what scheduled tasks are active and allowed to wake up the computer? You can view all scheduled tasks by opening the Windows Task Scheduler application. The problem is that tasks are listed hierarchically, so you’d need to drill down into every folder and review each task. Maybe PowerShell can do this more efficiently?

I’ve extended it so that I can filter just the tasks with WakeToRun and Enabled both true.

(It appears that these extra properties are sometimes null or don’t exist, so I had to add them conditionally)

So, what were the results? There were two:

I think we can exclude the first, as it has never run. The second looks interesting as the NextRunTime is pretty close to the time that my laptop resumed. I’ll change the WakeToRun setting on this task to see if the problem goes away.